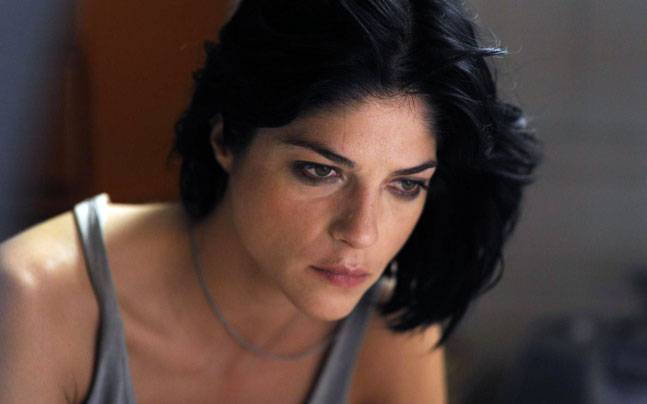 Selma Blair came on the scene in a big way in the 90s and subsequently started getting a lot more attention than she did when trying to break into show business at first. Throughout the years she’s been a very solid actress and has shown that she has the fortitude to stick it out when the parts aren’t always there and when she has to be relegated to a supporting character. In fact this seems to be where she shines a lot of since she has the strength of character that can allow her to really come out when it’s necessary to push the story along or carry it as needed. Since being diagnosed with multiple sclerosis it would seem that she might have slowed down, but Selma has been continuing forward with her career all the same as she continues to uphold her reputation as one of the most popular faces in show business.

There are some movies that come along that you can’t help but stare at and wonder why and how in the hell they got so popular, but eventually it seems best to just go with it or, at the very least, accept that it did happen and move on. One fun part of this movie is that while Elle and Vivian started out as being opposites and seemingly destined to be enemies, Elle’s continually upbeat manner won Vivian over and made her an ally and a friend. That does go to show how the power of positive thought can go a long way, which is a lesson a lot of people still need to learn it would seem. All in all this was a fun movie to be honest.

Garin Pirnia of Vanity Fair is right in saying that this was a coming-out story that wasn’t as tragic as it could have been, though one has to wonder if that would be seen in the same light today since everything that happens today seems to run the risk of being offensive. When a teacher is outed by one of his students as being gay things start taking a big downward turn as he tries his best to convince everyone that he’s heterosexual, only to finally end up admitting that he is gay despite his attempts to prove otherwise. Things don’t turn out completely bad however as he ends up being happy, as does his fiance, who finds another man in her life.

There’s probably a good reason why Shannon Keating of Buzzfeed is right when saying that there’s never been another movie quite like this one, and a lot of it has to do with the fact that the two leads are about as devious as a person can be without being so over the line that people might walk out. The brother and sister duo in this movie are horrible to the point that they actually make bets on whether or not they can ruin someone’s life in the most creative way, all because they’re rich, they’re beautiful, and they’re bored. So yeah, it’s kind of easy to think that making another movie like this might not be the best idea.

This is the type of movie that you might be able to watch in sections since it would seem that each section has little if anything to do with the other, apart from the fact that they’re tied to the same movie. That being said it’s the kind of movie that you might really want to sit down and try to understand rather than try to be entertained by since there are stories here, but you do need to find a way to get into them without getting distracted by something else so that you can get the whole point. Sometimes movies such as this are hard to really appreciate, but once you learn how they’re actually kind of insightful.

With what Liz could do you have to wonder why they didn’t just point Hellboy at the bad guys and have Liz behind him ready to burn everything to ash since she had no trouble eliminating a lot of their enemies all at once. Of course that kind of power obviously takes a heavy toll on her since the energy output has to be massive. With that in mind though a good deal of practice and a few tactical courses seems like it would be enough to create a powerful duo that would be tough for anyone to stand against, even someone as powerful as a god. Being able to fling fire about so casually seems like it’d be a great power to have.

She’s still here and she’s still doing what she loves, hopefully she’ll be able to do it for a while to come yet.