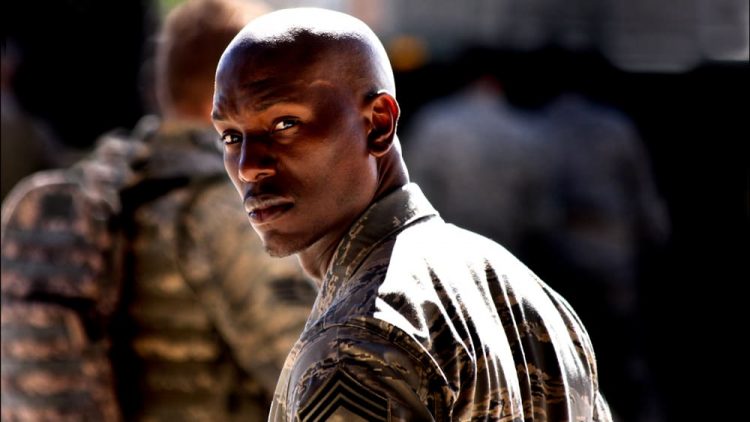 It’s interesting how to see how Tyrese Gibson has been used in the movies since sometimes he’s quite serious and is kind of a rough and tough character, but at other times he’s kind of a goofball that acts like the comic relief. In any case he tends to be someone that’s a worthwhile cast member and either gets along with the rest of the cast or seems like he does. For a long time he’s been in the public eye, but it seems that only in the last decade or two that he really started to shine and become someone that people looked up to and could honestly say was worth noticing as a serious actor. Some of the movies he’s been in haven’t really been regarded as the best that have ever been made, but his role in them was solid enough that they were worth mentioning. The guy is able to flip the switch from loudmouth to serious actor pretty quick when on screen and that’s kind of fun to watch.

5. Flight of the Phoenix

Making a trip out to the middle of the desert is bad enough, but on top of that a refinery is being shut down and the general mood is one that’s anything but positive. But then add a severe sandstorm to the equation and the results are kind of disastrous considering that at least a few of the people on the plane, those that survive anyway, really don’t like each other and simply can’t get along. As the copilot Tyrese’s job is to keep things orderly and follow the captain in just about everything, and amazingly he does this even after they crash in the middle of the desert with limited food and water to find a way to reach civilization again.

Out of the four brothers Angel is probably the most likely to get shot for stealing someone’s girl since that’s just about what happens in the movie anyway. But of his brothers he’s also the most highly trained since he was in the military prior to coming home for his mother’s funeral. The movie is one that is more of a feelgood picture than anything since it didn’t get a whole lot of attention or accolades when it was released, despite still being good enough to be considered as something that’s worth a look. After all it does bring up the idea that family isn’t just who you’re born to, it’s those you care about and seek to protect.

Joe is just a nasty character, not from lack of personal hygiene or anything similar, he just has a nasty disposition and is more likely to slug someone than look at them. Even his navigators don’t always tend to like him, but of course they’re not going to do anything since they know he’d retaliate and take things even further. When it comes to the race he’s one of the meanest drivers out there since he’ll torch anyone that gets in his way just to make sure that he’ll win his freedom eventually. But he definitely has a serious hate on for the racer called Frankenstein, at least until it becomes obvious that Frank has something else up his sleeve.

2. The Fate of the Furious

Roman is a loudmouth, plain and simple. He might be somewhat dangerous but if he can’t even crack the top 10 list, as he comes in right after Ramsey, then it’s safe to say that he’s the Diet Coke of Danger as one might say. Throughout the movie he does get to prove himself more than once, but there’s rarely a time when he does this without running his mouth or trying to prove that he’s in some way superior to anyone. If Roman could be quiet for more than a minute it seems like it would be a small miracle, but even then the blowback is going to be epic since asking this character to be silent is tantamount to asking a fish not to swim.

Drill instructors are supposed to be tough, that’s how they create hardened soldiers that are ready to go out into the world and serve their country after all. But in this movie Tyrese gets absolutely raw it would seem since there’s a point when he actually zips a cadet into a body bag to show just where an officer’s mistakes will go when all is said and done. He’s not overly cruel to the plebes but he’s definitely not the type to show favoritism either as he grills and drills them relentlessly, showing that he has zero tolerance for anything other than strict obedience. And when it comes to boxing, it’s obvious that he’s seen the inside of the ring a few times.

Tyrese is a good actor to be honest, and a lot of fun to watch no matter what he’s in.