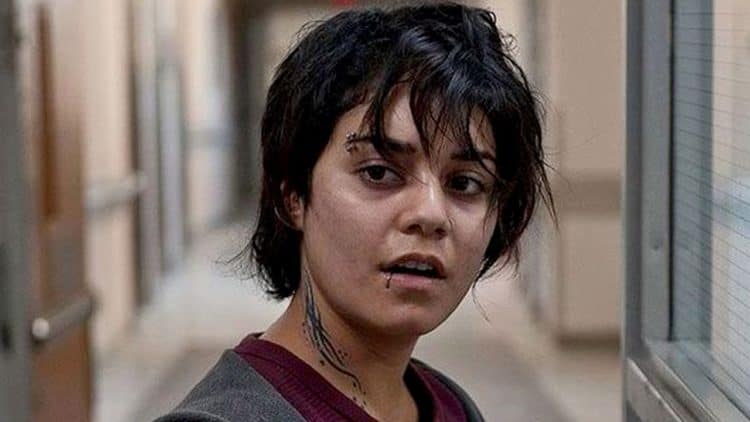 For a long time the image that Vanessa Hudgens displayed was one of innocence and that of a young woman that was bound to be seen as someone who wouldn’t step into a movie where she might be construed as anything but. Throughout her career though she’s been taking on roles that are anything but innocent and while some people might think this has marred her otherwise perfect appeal it’s allowed her to grow up and grow out as an actress by developing a side that others might never have expected to see. This is a preferable to being someone that’s supposedly squeaky clean all their life and will therefore be typecast forever as the good person that doesn’t allow their morals to bend in any way. She’s still very much the decent person that a lot of people remember, but her on screen persona has changed quite a bit since she was younger.

Here a few of her best movies to show just how much change has occurred.

Based on actual events this story was about a young woman that escaped a serial killer before he could finish her off and was in some way instrumental in helping to finally capture him. The fact that it was based on a true story makes it even creepier since to think that anyone had to go through this kind of mental and physical torture is kind of sickening in a way and making a movie about it seems almost wrong in a lot of ways. But be that as it may the story does bring to light the very real case that touched a lot of lives and decimated some when it was found out what happened to loved ones that had been lost.

Ignatiy Vishnevetsky from AV Film didn’t have a lot of nice things to say about this movie but that seems to be one reason why it would be something interesting to watch since everyone’s a critic and sometimes the worst criticisms are given to some of the most heartfelt movies. But in terms of what it’s about, when a young woman who is pregnant leaves her abusive, drug-addicted mother she seeks out her father only to learn that he and his wife won’t allow her to stay with them unless she has an abortion. When she and her father finally reconcile however she finds that she’s made a home for herself at the shelter that took her in.

Sometimes the fantasy that a person needs is far better than the reality they’re living since an escape is an escape after all and that happens to be what the women in this film need. While only one of them ends up getting away at the end it’s still a tale of hope that is beset on a lot of sides by tragedy, the kind of which there doesn’t seem to be any way to really get away from in the real world. That and the special effects however made for an interesting movie that held a lot of people on the edge of their seats once the action got going and had to watch it at least twice just to figure what they’d seen.

Richard Brody of The New York Times has an interesting take on this movie as he likens the education the girls receive as one that belongs to the real America while they one they’ll go back to if all ends well is the hidden world where people don’t have to face up to the harsh realities of life. In truth this movie is about guns, murder, spring break, and everything that can come from such a volatile mix once it’s shaken up and poured out upon the unsuspecting. Alien is about as real as a two-dollar bill but at the same time he’s the catalyst for the young women that are already primed and ready to take their criminal career up a notch.

This is where the innocence really kicked off and where a lot of people fell in love with Vanessa since her character was nothing less than wonderful during this movie and the ones that followed. In fact it seems safe to say that some people would have preferred she kept this persona throughout her career as long as she could, though in reality it would have only lasted so long unless they were going to think about doing College Musical, which seems like it might have flopped pretty hard. This movie was great for it’s time and it helped to establish a few young stars that are, today, some of the biggest names in Hollywood.

She couldn’t stay an innocent little girl forever after all, but she’s definitely become a very talented woman.