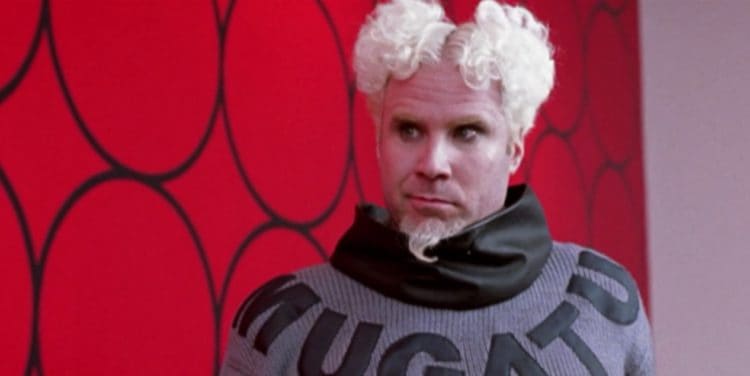 I’ll put it honestly: you either like Will Ferrell or you tolerate him since he does have moments in which he shines. A lot of those moments, and this is debatable to many people, happen to come when he’s surrounded by other stars that can help him look good since he can’t always do it on his own. His level of humor and his energy are great, but at the same time they tend to make him predictable and even a bit tough to watch since if he’s not screaming his head off he’s creating a character that’s snarky, has a great deal of attitude, and a serious superiority complex. In other words a lot of his characters are too much alike now and again to really get into, but if he has someone that’s worthwhile there with him, he’s a lot more bearable. It’s enough to say that he’s funny, but it also needs to be said that sometimes his humor is a bit outrageous and needs someone around to serve as a balancing point.

Here are five of Will Ferrell’s best movies.

It’s strange to say this but he’s actually one of the most level-headed characters in this movie considering that he’s the villain and he’s absolutely insane. But despite that he’s still the guy that manages to brainwash the lead character in an attempt to get him to kill the intended target. A lot of people seem to think that this movie is a work of art and something that was worth looking at again for a sequel, but obviously that didn’t go over too well. This was the kind of movie that’s a one and done type of deal and should have stayed that way so as to preserve the laughter and enjoyment that people managed to get from it.

4. Anchorman: The Legend of Ron Burgundy

Again, it’s seen that Will kind of needs others around him when his character starts to fray at the edges a bit since having a team of comedians on a movie tends to make it fair better than it might if the star was left to his own devices. I’ll be honest yet again, I almost turned this one off 15 minutes in since it didn’t seem to be going anywhere, but staying to watch the whole thing did provide some funny and memorable moments that seemed to justify the faith and the belief that it was worth a second movie. Of course as you might have guessed that didn’t go over too well either since it became yet another bad idea in a long list of them.

People absolutely love this Christmas movie as it’s all some folks can talk about when the season hits and it’s been held up as one of the best holiday movies of all time on many lists. You might be scratching your head at this since Ferrell acts about the same way as an elf as he does in any other movie, meaning innocent, clueless, and then screaming his head off when it seem to call for it. But still, there are some funny moments, like when he gets his butt seriously kicked by Peter Dinklage and when he tries to hug a raccoon only to find that the woodland critters are anything but friendly.

Imagine two grown men acting like spoiled children. Now imagine their parents allowing them to do this throughout their lives and enabling them with every step until they can’t take it anymore. If you’re sighing as you wonder how these movies do so well you’re not alone since despite all the funny moments that Ferrell and John C. Reilly manage to create there’s still a lot of cringe within the movie that makes a person wonder ‘why am I watching this?’ as they try to reconcile the funny with the moments that are just too head-shaking to conceive of. It’s true that there’s a lot of humor here, but some of it is is definitely hard to fathom.

Here’s where I’ll relent and say that Ferrell played a perfect part. As Frank he was the out of control individual that really didn’t want to get married and wanted to live the frat life well beyond his prime and made it work finally by the end of the movie. But this scene in particular was great since it helped to coin one of the best parts and the best lines in the entire more. Frank is that guy that just never really grew up and yet played the part of an adult to make other people happy. Once he’s unfettered, divorced in other words, and allowed to exist as he truly is, things get pretty interesting. But yeah, this scene might make a lot of guys laugh while wincing at the same time.