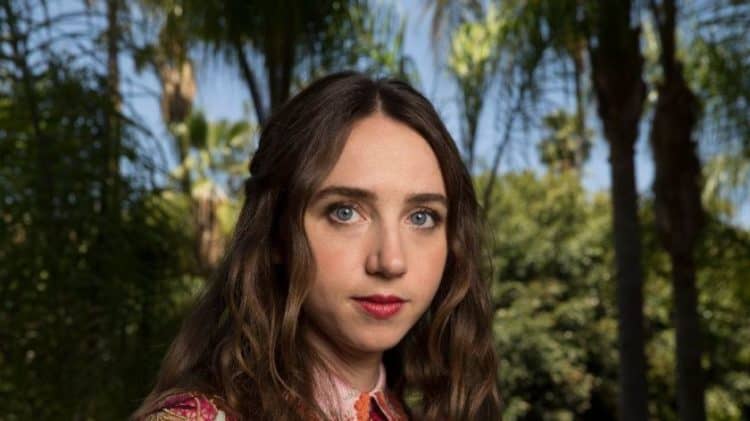 It seems as though knowing about Zoe Kazan would be something that a person might be able to claim if they had been watching her career from start to present since honestly she doesn’t seem like the biggest name in the business, but she is talented all the same. She and Paul Dano have been together for a while and have a child together and she’s been seen in several movies, and has helped to write a few as well. That alone states that she’s a talented woman that has come a good way in the business and has learned a great deal in the doing. Whether she’s going to get any bigger in her career is hard to say, but the great thing about show business is that there are plenty of actors out there that are successful and can move forward without having to have their names become known worldwide. Still, it’s usually a good way to get the word out about who they are.

Sometimes even the most mundane stories are the most gripping and in some cases severely depressing since Frank and April seem as though they were made for each other, though that love obviously came with an expiration date since their love goes downhill when it’s established that Frank can’t stand the tedium of his life and April is falling out of love with him. After they both have an affair with other people things only get worse as their relationship continues to dwindle and things start to spiral out of control. When April attempts an abortion and ends up bleeding out in a hospital bed after being discovered the story feels as though it should end, but thankfully rolls on so that we can learn what happens to Frank.

This movie is pretty simple but has a very meaningful lean to it since Kathy is apparently not much of a mother but she still wants better for her daughter Lizzy. When a chance encounter happens on the road however the horror that keeps them both together for a short time longer is enough for Kathy to try and keep her daughter safe and to remind her how much she really means to her. When the monster finally kills her mother Lizzy, who was told to run, stands up to the beast and eventually ends up killing it, making her way to the road as the new day dawns. For such as simple movie it has a very strong message.

Sometimes not giving up on pursuing someone no matter how hopeless it seems can be seen as kind of disturbing and even be labeled as stalking. But when the person in question does have a lot of the same feelings for the person doing the following it becomes kind of a headache to think that they might never get together but instead be destined to do a back and forth dance that never seems to end. Wallace does stay the course however and takes his lumps for it, while Chantry just seems uncertain at certain points. In the end though they do end up together and things finally seem to be looking up.

There are times when family has to be disregarded no matter what their plans or are how much it will hurt them, largely because each person in this world needs to be free to pursue the life of their choosing and not the one that is set up for them. It’s a hard thing to do really when it comes to hurting family, but Kumail still feels that he knows what is best for him, and when Emily falls ill he makes a choice and doesn’t leave her side until she wakes up and reminds him that nothing has changed since before she fell so ill, when they broke up due to his inability to commit. Thankfully though at the end of the movie Kumail sees Emily in the crowd during his comedy set, and the audience can pretty much guess what’s going to happen.

How many authors out there have wished that they could write the perfect match for their life into being? Ruby wasn’t a reality until Calvin created her, and even then things weren’t perfect since Calvin didn’t figure on what it would be like to be able to control another human being with only his emotions and words. The difficult of course comes from having no control over his own person and as a result having little to no control over Ruby, who becomes a solid, free-thinking human being the moment he does the one thing that most authors must learn to do, let go.

She’s got a pretty decent resume at this point, so it’s not hard to think that she has a healthy fan base too.