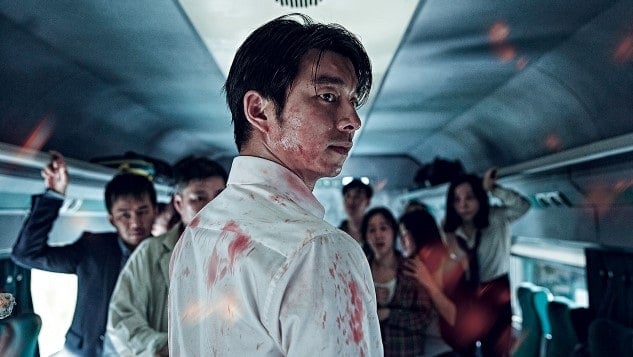 Zombie movies are quite simply some of the creepiest since there doesn’t ever seem to be a definitive, happy ending in site. Netflix has been featuring these types of movies now for a while and it’s worked out to the point that people have managed to enjoy them immensely for as long as they stick around. Something about the idea of nothing and no one being able to stop the spread of the virus that is said to wipe out all of humanity save for those that can fight back, hide, or somehow just survive, is appealing to many people when it comes as a story. Such movies do offer their ups and downs as they progress, though the hopelessness of it all does kind of persist. One has to remember that no matter how the movie ends, a virus like this would in fact change the entire landscape of the world as we know it. But as a story, it’s something that people can’t get enough of.

Here are five of the best zombie movies currently on Netflix.

A lot of times in zombie movies you simply watch as people try to survive, the idea of morality and ethics get tossed about like a child’s ball every now and again when they’re useful. Andy however has one responsibility, and that’s keeping his daughter Rosie alive, and while the road is hard and not at all fair since he’s been bitten, it’s one that he treads all the same. Upon meeting a young girl named Thoomi he finds at least some hope that his daughter will survive as he begins to succumb to the virus that’s eating its way through him. By the end, Rosie is taken in by a band of survivors and Andy is put out of his misery.

Every now and again zombie movies have to come up with a twist to make things interesting, and this one just does that as it creates a purpose for the zombies that’s hard to figure out since the stacked structures that they’re building don’t seem to have much of a purpose other than something for them to do. But there are almost no survivors in this one as a young girl is the only one that manages to make it out. By the end, everyone has become a zombie or been killed in turn, and the utter hopelessness of it is kind of hard to stomach since it means that one way or another, nobody gets out alive.

It’s like someone took the idea of Jurassic Park and put it into zombie form since quite honestly that’s what this is. That’s a big reason it gets this spot on the list, since it’s the novelty of the whole thing that works so well and the idea that someone would be sick and twisted enough to use the undead as sport. But as it happened with Jurassic Park, you simply know things are going to go from okay and twisted to bad and absolutely out of control when the park somehow shuts down and the restraints keeping the zombies in check begin to fail. At that point there’s no way to avoid it, the hunters just became next on the menu.

Self-sacrifice is becoming a big part of zombie movies if no one has noticed. Of course it’s just one part of human nature that takes hold in disaster, as some people gladly give of themselves in every possible way they can, while others attempt to survive in the same manner. But the father in this movie is one of the former as he does whatever it takes to keep his daughter safe on the way to Busan, no matter what it requires. The virus works quickly in some movies and slower in others, but in this one it’s like wildfire as one person is bitten and then infects another and another and so on.

In case no one told you or you haven’t seen it yet, which is hard to imagine, there is a possibility of injecting comedy into a zombie movie. It doesn’t help the feeling of hopelessness go away, but it does soften the blow since the idea of laughing at what might seem to be a completely untenable existence is kind of a balm in a way. In any case, Ohio and Tallahassee are the perfect mismatched pair since Ohio is kind of a geek who lives by his rules while Tallahassee is the kind of guy that does things and wonders about it later. When they meet up with two women that outfox them not once but twice and, yeah, even three times, it seems like it’d be tempting to just cut their losses and move on. But given how few people are left in the world at that point it’s usually best to team up with anyone you can get.

Zombie movies on Netflix are plentiful at the moment, enjoy.