Plans are being made, and the subjects have no clue.

Someone is leaving notes on cars, and blaring horns; someone is calling specifically to Mike, in a way that only he can here. It’s a simple message, written in capital letters: DON’T. Don’t pull the trigger, Mike. Don’t wait around, Mike. Don’t be impatient, Mike. Don’t half-ass this, Mike.

What madeÂ Breaking BadÂ so rich and varied was the world built behind and around Walter White. It was Â a world that existed alongside the one we were watching; one that grew and shrank without our knowledge. There was already history between Mike and Gus and Saul, but that wasn’t the story being told. But now, it is. Now, we’re at a point where all of that magnificent world building fromÂ Breaking BadÂ  exists right in front of us. 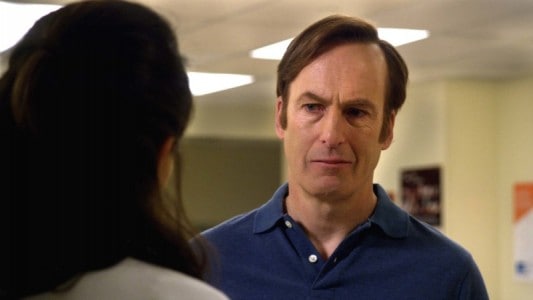 You start to wonder: when did Chuck come up with the idea to con Jimmy?

Did it start in the hospital, when Ernie covered for him? Did it start when Jimmy said he was taking temporary guardianship? Did it start after he got home, after Jimmy had left? How far does this go back? It makes you question every move Chuck made.

Because Chuck did con his brother. For all of the talk about underhanded tactics, Chuck pulls one himself. He tricks his brother, fake-pouring his heart out, so that Jimmy will feel sorry for him and confess his crimes. What happens if Jimmy hadn’t felt terrible? Does he stay retired? Does he reverse course? Had Chuck abruptly gone back to work, Jimmy would’ve figured out that he was almost the victim of Chuck’s con.

It’d be one thing if this was about restoring Chuck’s name, or HHM’s, or righting a serious wrong. But this is about Chuck getting one up on his brother; this is about paying Jimmy back for being Chuck holding the hands of their loved ones, and never being the name coming out of their mouths. Chuck doesn’t care that Jimmy bankrupted the father, or any of his other myriad crimes; no, Chuck fancies himself better, in every way possible, and people still like Jimmy more.

He’s so wrapped up in it that he thinks Jimmy is playing the same game. He thinks that Jimmy would actually commit him to a mental institution to prove a point. But Jimmy isn’t trying to beat Chuck; he’s trying to impress him. But Chuck can’t see that. He can only see his brother as an enemy; in a world that is actively occult to his well-being.

So, he strikes back. He weathers the outdoors, and takes an old tape recorder from the garage. He’s going to prove that Jimmy is the one out of his depth, no matter what the cost. 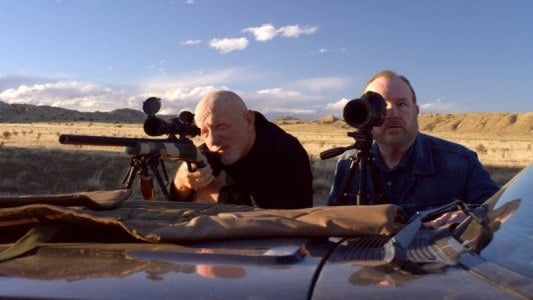 Mike and Jimmy have no idea what is coming. They have no sense of the hell-storm they’re going to have to endure. It’s going to get much worse before it ever gets better, and it’ll never settle to anything resembling safety, or comfort. All the money and work and anger and drive in the world isn’t a substitute for real, complete safety, and the moment that they choose to work with Gus Fring and the cartels is the moment in which the sacrifice that safety.

Mike should’veÂ readÂ message, and ran for the hills.

Chuck goes to the garage, Mike goes to the mattresses, and Jimmy tries to make things right in the second season finale of Better Call Saul.