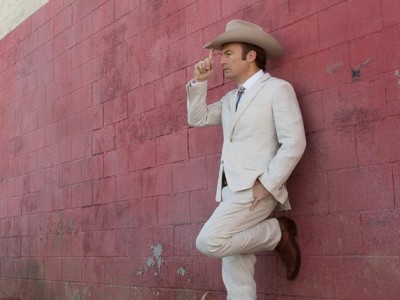 There’s a scene in the first season ofÂ True DetectiveÂ (or, as I like to call it, the only season ofÂ True Detective) in which Rust Cohle is sitting with Marty and Major Quesada. He’s trying to convince them of what’s going; trying to use that narrative voice that’s been his greatest ally. Even when the rest of the world doesn’t believe in Rust Cohle, and thinks that he’s spouting gibberish, the audience is still right there with him. Everything he says makes sense.

And then, it doesn’t.

He talks about swimming sharks and oceans and some other mindless, brainless, pseudo-intellectual nonsense. He’s trying desperately, using the same rhythms of speech and word choice, but it’s not the same. He’s not convincing anyone, let alone the audience. It’s as if he started speaking another language, or had a stroke and lost motor function. Suddenly, we see him as the rest of the world does, and a previously wonderful, weird detective story flips on it’s head. We’re suddenly not sure of the outcome, or the good guys, or the path we’re on. We can see his lips moving, and hear the words he speaks; but all we really understand is desperation.

I think of this every time Jimmy opens his mouth onÂ Better Call Saul. 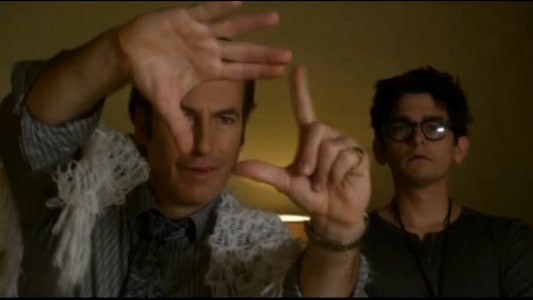 It’d almost be tragic, if it wasn’t so funny.

Jimmy is everything his brother said he was; brilliant, yes, but also a con artist; most importantly, self-destructive. Only someone who wants to be fired sends that commercial in without permission. Only someone who wants to be Slippin’ Jimmy sends in that commercial, and lies about how he acquired clients. Only a person who wants a reason to fall back into bad habits lies to the one person who put their neck out for him.

We can debate process v. results till the cows come home, and not get any closer to a resolution. But, I think we can all agree: Jimmy McGill wants to lose, and lose big, so that he can justify his return to his previous con artist ways. He has everything he could ever want, but he wants more. He wants to suffocate under that more. 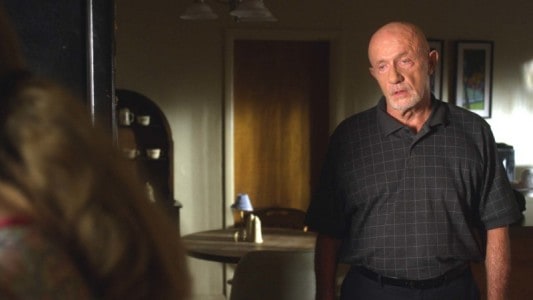 Something is up with Kaylee’s mother.

I don’t know what it is; I can’t put my finger on it. But combine this bullet thing with her general manipulativeness with Mike, and I get the assumption that she’s crooked. There’s not a lot of evidence; just a gut feeling.

I hope that I’m wrong, because of the cost that Mike would have to bear; but I don’t think that I am. He’s too close to her; too blinded by the guilt of what Mike did to his son. He can’t see that things are going bad, or at least, not yet. He’s suspicious of bullet damage, but not enough to mention. He might be giving her enough rope to hang herself, or he might just love her too much to say anything about it.

He keeps taking more and more jobs; they grow pricier, and more dangerous, and less ethical, by the day. How far is Mike willing to go before he gives in? We know from our tryst in the future that Mike eventually becomes a man with few qualms.Â Breaking BadÂ Mike would’ve dumped Daniel in a ditch somewhere, and perhaps Nacho too.

But now Nacho is back, and he needs Mike’s help. I don’t know where he’s taking Mike, or why, or whatever; but I do think that things about are about to get real hairy. 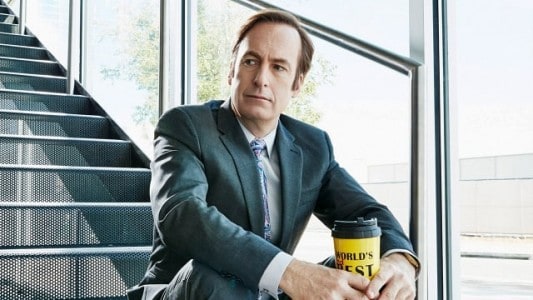 Jimmy takes the initiative, Mike steps up his game, and Kim has great taste in movies in tonight’s Better Call Saul.