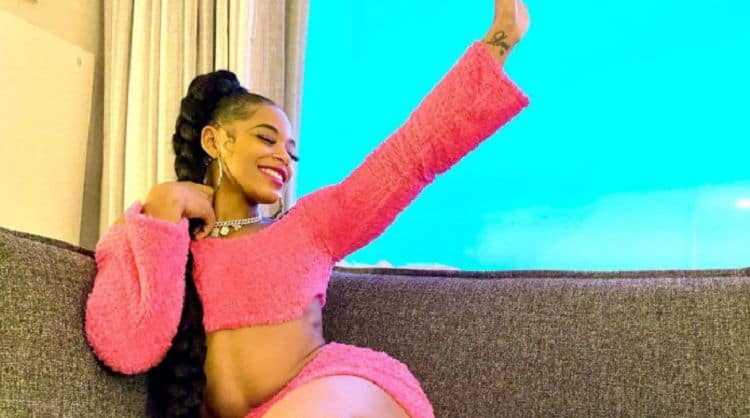 Bianca Belair is a woman who decided early in life that sports would be her future. She grew up in Tennessee, and she was heavily involved in sports. Her life was going to take that track no matter how she spun it, but she didn’t know that she’d join the WWE. In fact, it was never on her radar. She decided to try it out on what she calls ‘a whim,’ and now she’s one of the most well-known women in the world of wrestling. She’s taken home titles, she’s a winner, and she is someone her fans want to know more about.

Biana Blair is a young woman. She was born in Knoxville, Kentucky on April 9, 1989. She was born there, she was raised there, and she graduated from high school there. She attended the Austin-East Magnet High School where she participated in many sports throughout her high school career.

2. She Was a Star Athlete

During her younger life, she was a huge athlete. She was a great track and field star, but she also played other sports. It was her track and field career, however, that was most noteworthy as she was growing up. She had a track career going on for her in her favor, and she did quite well with it.

3. She Trained in CrossFit

While she was doing track and field, she also participated in CrossFit training. She was so good at it, in fact, that she actually decided to become a CrossFit competitor as well as a powerlifter. However, her CrossFit career ended due to an injury that prevented her from being able to continue. It’s called intercostal chondritis, which is basically something called shifting rib syndrome.

4. She Went to College

After high school, she had some options. Her college career began in South Carolina. She was a University of South Carolina Gamecock before she moved to Texas and decided to enroll in Texas A&M University. When she was done there, she came home. She enrolled at the University of Tennessee, and that’s where she was an SEC All-American as well as an All-SEC.

While in college, she didn’t just compete in sports. She also did well in her academics. She was named as part of the SEC’s academic honor roll two years in a row back in 2001 and 2012 – and she would have been named as part of it before had she been in the SEC at that time.

6. She Joined the WWE on A Whim

She made the decision to sign her name up for the prospects database back in early 2016. She did it on a whim and expected nothing to come out of it. She did not focus on wrestling in her life, so why would she be chosen? However, it took only two weeks before she heard back from the program and that she could try out – but she better put in the work to make it happen. She did.

7. She is A Married Woman

Biana Belair might be hyper-focused on her athletic career, but she has time for love. She fell for another professional wrestler over the years. Kenneth Crawford proposed to her on June 9, 2017. The couple was married a year later in June 2018. You might know him better by Montez Ford, which is the name he uses in the Smackdown Ring.

While she has no kids of her own – biologically – she is a stepmom. Her husband has two kids from a relationship he was in before they were together, and she’s taken on the role with vigor. We have no idea if they want their own kids or have any plan on welcoming any kids of their own at some point.

9. She Just Made History

When Bianca Belair won the Smackdown Women’s Championship in April 2021, she made history. She’s the first form Lady Vol to take home a title like this. Technically, she’s the first Lady Vol to ever win a singles title in the world of WWE, which is a huge title, and it’s a huge deal.

Bianca Belair is a woman who values her own privacy above all else. She knows she has a persona to play in the ring. She knows she has to do press events for her career and to make her fans happy, and she knows she lives in the public eye. However, she does a lovely job of keeping her life as private as possible with her husband and her step-children, and she balances the two very well.