Home
Mob Wives
Mob Wives: Big Ang Learns Her Cancer is Back and Much Worse Than Before 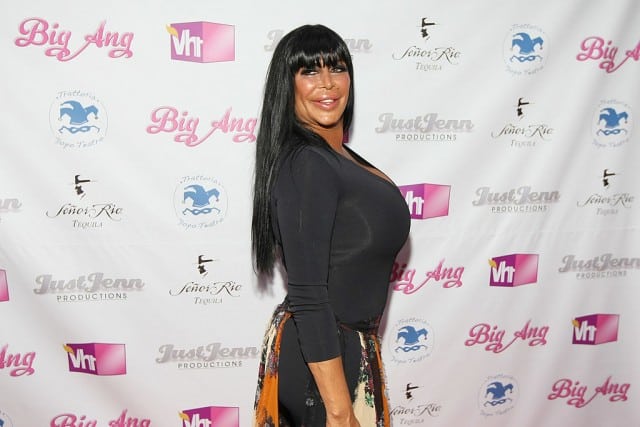 It’s a day of big news for Big Ang and the ladies on Mob Wives, and no one knows if the news is good going into this episode. It’s no big secret that Big Ang has been suffering some health problems in her life, and she is about to find out whether or not she has cancer again. Sadly, we know that because news broke a while back she has developed cancer again — after beating it one time. Her cancer has now spread to her lungs and into her brain, and we’ve learned that she is no longer responding to her chemotherapy treatments. What this means is that she has been forced to seek a different type of treatment, and she’s hoping it works.

What we will see tonight is her accept the news as it is given to her. She is no longer a stranger to cancer, but she is an optimist. She’s facing her diagnosis in a way that is nothing short of admirable, and it’s been amazing thus far. In other news, while the other ladies continue to go about their own lives with no idea what it is Big Ang is facing, Drita needs a bit of inspiration for her book. She’s got to write, but she needs something to inspire her in the process. Will she find it, and will Lee offer a blessing to her? Marissa and Brittany cannot put their differences aside, and we wonder if they will continue to draw on this horrible battle they have going on, or if they will be able to put aside their differences and be there when Big Ang decides to announce her diagnosis.

Tonight’s new ep is a heavy one for @biggangVH1. Send some serious 💜💜💜 her way tonight with #PrayersForBigAng pic.twitter.com/ciukCG35Jw