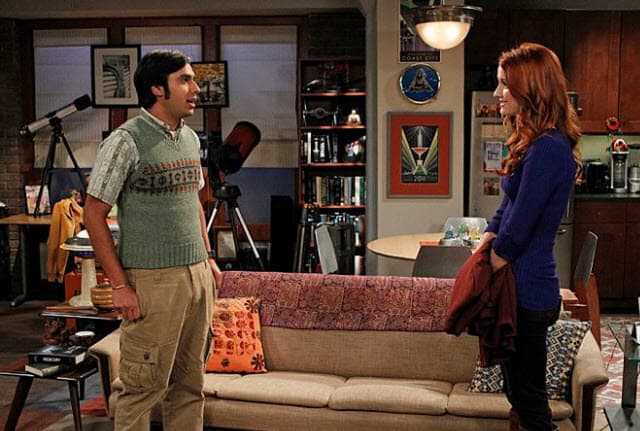 Goodness, do I feel like a putz. My past few reviews I have been counting how many episodes are left. I have been wrong and I apologize. Now, on with this week’s review of The Big Bang Theory.

Haven’t we all seen this before…2 people struggling to carry something up the stairs while a 3rd stand there thinking they are helping by giving encouraging words? While Howard at first looks like he appreciates the spirit lifting words from Bernadette, he would much more appreciate if she would help in lifting the box. This scene reminded me of the time Sheldon and Leonard were trying to get the boxed furniture up the stairs for Penny and after getting the box up some of the stairs, they both let go and the box slid back down. This scene though, the box ended up landing on and hurting Howard’s mother.

I definitely would not consider myself as true geekness as our friends on TBBT, but I do love how they will add in current real life geek stuff into the episode. Once again, Sheldon not totally grasping how to handle real life human emotions and reactions, he suggests going to see the new Spider-Man movie when the question is asked if the gang should do anything for Mrs. Wolowitz. What would we find in that brain of his if we were to dissect it?

Being that one of the main storylines in this episode is of Howard’s mom, we are sure to get some good jokes at her expense. We all know that Bernadette was meaning the stair lift chair machine to help Mrs. Wolowitz but Howard jokingly guessed that she meant a fork truck.. Howard and Bernadette are faced with an issue that many married couple go through….taking care of their parents. Since Howard had lived with his mother for much longer than he should have, he doesn’t want to have to take care of his off-her-feet-for-six-weeks mother. Bernadette can’t believe he would think like that, as she feels she wouldn’t have a problem doing it.

There is a very awkward run in at the movie theater when Raj and Sheldon happen to see Raj’s new love interest, Emily, awkward because Sheldon has her look at his forehead, her being a dermatologist, and because Emily is at the movie with another guy. It looks like Raj quest for a steady girlfriend has ended again.

Finally we get to see Penny shooting one of the scenes of her movie, along with Wil Wheaton. It’s a pretty cheesy scene, but hey, the entire movie isn’t that great to begin with. The director doesn’t seem to care about what’s happening but you can tell that penny is putting her entire heart into it. She wants to do the best she can with what she has been dealt, so much so that when she pressures the director into shooting the scene again because she thinks she can do better, the director fires her. Wil even comes to her defense, thinking that his big name status will have some pull…he gets fired too!

I like how two of the storylines are almost exact in where both Penny and Raj are having some real life issues but Leonard is consciously trying to encourage and cheer Penny up and Sheldon, even though he eventually does help Raj realize what he needs to do, is just trying to get Raj to leave because it’s Sheldon’s bedtime.

Bernadette has likened having to take care of Howard’s mother as to that of taking care of a baby. She is a bit worried that Howard won’t be able to handle a baby if and when they ever decide to have any. Howard assures her he would be a great dad. After two days of taking care of her though, Bernie is feeling the pressure herself and took a little extra time getting some groceries and she stopped off for some alone time with a mocha. I think she is realizing herself that Howard’s mother is a one of a kind woman. They eventually go with Howard’s first thought and they hire a live in nurse to take care of his mother and all looks peaceful in the Wolowitz household again.

Even though they haven’t made anything official, Emily wants to explain to Raj about the guy at the movie. It sounds like she is as much into Raj as he is into her because she would have been bothered by seeing raj with someone else. After talking about a weird piercing place on Raj and some tattoo placement on Emily, it looks like they have moved to the next step and I am looking forward to where this storyline goes next. It’s Raj’s time!

A lot of times with shows like these, we don’t really know how much time has passed since the last episode. I was a little taken aback in that last week’s episode Penny and Leonard were doing their marriage proposal dance and then this quick turnaround of where Penny, after being fired, has realized that marrying Leonard would make her happy. I struggled a bit too with when Penny first came to this decision and threw getting married out there; Leonard was at first hurt that he thought that her decision was just a safe, boring, right thing to do decision. This is all Leonard has wanted and he almost thinks that she is just settling. After all is said and done though, they get through it and just by chance (yeah right) Leonard pulls a ring out of his wallet and gets down on one knee and proposes…a true beauty and the geek match made in heaven. I am wondering though, is the answer always “Oh my gawd, yes!”? I worry though that since we know TBBT has been picked up for three more seasons that there could still be some more off again-on again storylines between these two.

Now I can say that there is one more episode this season. I hope this season ends with a BANG! (rim shot)

“After my forehead melanoma scare, I have learned not to sweat the small stuff.” – Sheldon 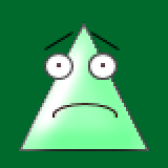