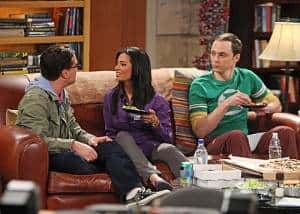 In the episode, Wolowitz thinks about taking his relationship with Bernadette to the next level, but apparently his mother (played by guest star Carol Ann Susi) has something to say about that, prompting him to choose between the two women.

Please note, this episode is scheduled to run an extra minute long and will end at 8:31 p.m. EST. Below are promo photos from CBS. Don’t miss an all new episode of The Big Bang Theory on Thursday, February 17!