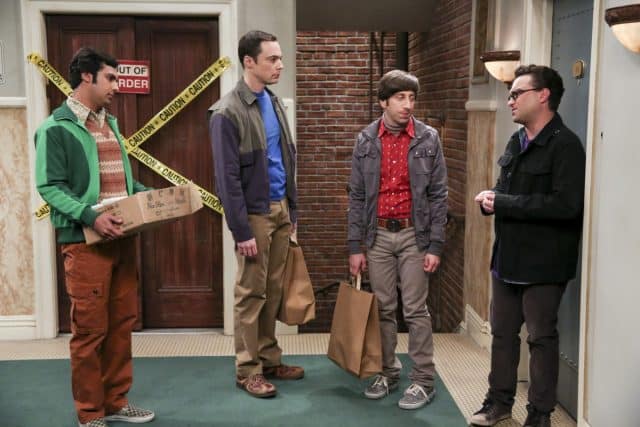 I’m not sure what to make ofÂ The Big Bang TheoryÂ anymore. Sometimes, all of their stories really work well and other times, everything in the episode just falls flat. “The Emotion Detection Automation” had some good ideas, but turned out to be a bit of a mixed bag as episodes go.

This week onÂ The Big Bang Theory:Â Raj is having trouble in his relationships, so he gathers together four of his ex-girlfriends to get a discussion going about where he went wrong. Sheldon, meanwhile, has secured a device that helps detect other peoples emotions, which causes some friction with Leonard and Penny. Penny wants her brother to come to stay with them while he looks for a job, much to Leonard’s chagrin.

The problem with this episode at it’s core is that it doesn’t do enough to express the character growth that has taken place over the past 10 years. There was mention of Sheldon not needing the machine to read people, and Raj growing from desperate sad-sack to a more mature adult. They hinted at those things toward the end of the episode but outside of those brief mentions, this episode felt more like a regression. It may have just spent too long on the sad-sack/emotion detector, and didn’t graduate quickly enough into the expression of growth for the characters.

That said, there were some important lessons sprinkled throughout this episode, like arguing with your spouse is more efficient out in the open. Leonard and Penny fighting was nothing new, but this one felt better because of how they resolved it. Though I’d love to see Jack McBrayer return as Penny’s brother, I also identify with Leonard’s burning need for a game room. This realistic interaction, along with Howard and Raj discussing their theoretical lives post-Bernadette, was a wonderful indication of some of the growth that has happened on this show. Basically, “The Emotion Detection Automation” was an exercise in both growth and lack thereof.

Of course, there was still plenty to laugh at. Here are some other thoughts/funny moments:

So, obviously there was still plenty to laugh at in this week’s episode, which was its saving grace. This time around, it felt like they tried to force some of the emotional character growth, and they really didn’t need to. It’s happening on its own week after week. This episode wasn’t the best, but there was still a lot to like.

Raj attempts to find out what went wrong in his relationships by summoning his exes on this week’s episode of The Big Bang Theory.