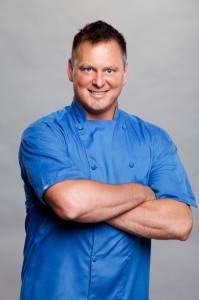 Well, well, well… Those nominations were as lackluster as Big Brother slop and just as predictable as the Coaches joining the game “twist.”

Tonight’s nomination episode of Big Brother dealt mostly with Frank and Boogie continuing their dominance of the household, planning not only who they will get out the house this week but the following weeks as well. Meanwhile, Britney and a few others walked around the house second guessing their decision to send Janelle home just mere minutes after the woman’s eviction. Don’t have a conscious now, folks. You had the chance to get Frank out the house this week in a surefire locked nomination. You let him go, you blew it, and now he and Boogie are about to take each of you down as if you were a gang of henchmen in a bad Steven Segal flick. Moving on.

During Mike Boogie and Frank’s deliberations on who should go on the block with Joe (which is an obvious choice at this point), Wil’s name is brought up, but Frank thinks Dan should go up instead. At the mention of the former coach’s name, Mike Boogie pulled a Janelle before recovering long enough to explain how Dan wouldn’t like going up as a pawn and could be the extra vote they need the next week. While Mike’s reasons for changing Frank’s mind about Dan are valid to their game, it still seemed a bit… shady for me. This is Frank’s HOH and if Dan being ejected from the game is good for his strategy, then so be it.

As I said, Boogie reactedÂ like Janelle last Wednesday when it was proposed that one of her players went up on the block. Even though Boogie later relented on Frank’s suggestion, it was only due to Frank’s conditions of Dan being only a pawn. I don’t think Boogie wants Dan gone just yet for his own reasons, which would be a red flag to me if I were in Frank’s shoes.

Another interesting point of the night involved Wil’s Balls of Steel, which eventually got him nominated for eviction, but that’s beside the point. Wil informed Boogie and Frank that he’s not stupid and knows there is some huge super alliance going on, but refused to name names. The Big Brother boards were livid that Wil would do something so stupid, and initially I was marveling at how idiotically brazen 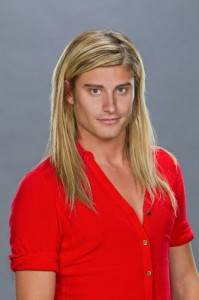 Wil could be to the HOH. Then I realized that Wil had done something I had always had a problem with when it came to Big Brother HGs ignorance when it came to alliances: he called them out and scared the hell out of them in the process.

I’ve always balked at how Big Brother HGs never surmised when there was a mega alliance formed in the house, but Wil might change that for once. Not only did he shake up Frank and Mike’s resolve, but he also reaffirmed Frank’s fear that Dan might be running his mouth outside the alliance. While Frank’s suspicions of Dan didn’t mean a hill of beans during the nominations ceremony (Joe and Wil eventually went up), it still gave Frank the incentive to not trust Dan, who shouldn’t really be trusting Mike and Frank either. Hopefully, Will’s slip of the tongue will be the seed to blast the “Silent Six” into an afterthought.

While all the scheming was going on, there were other developments in the Big Brother house worth noting:

– Ashley was still having back spasms and the poor girl had to use Mike and Dan as “human crutches” to get through the house. As she did her Diary Room interview, it looked as if Ashley was on some serious painkillers, which some Big Brother fans think are responsible for most of Ashley’s quirky behavior.

– Danielle still doesn’t get that Shane has no interest in her, which isn’t surprising when he always kisses her for show. Hell, I would be confused, too, but I wouldn’t let it affect my judgement (nor my game strategy) that damn much…

– The Have Nots this week are Shane, Joe, Danielle, and Britney, who I bet wishes now more than ever that she had never pressed the reset button.

What were your thoughts on tonight’s Big Brother episode?