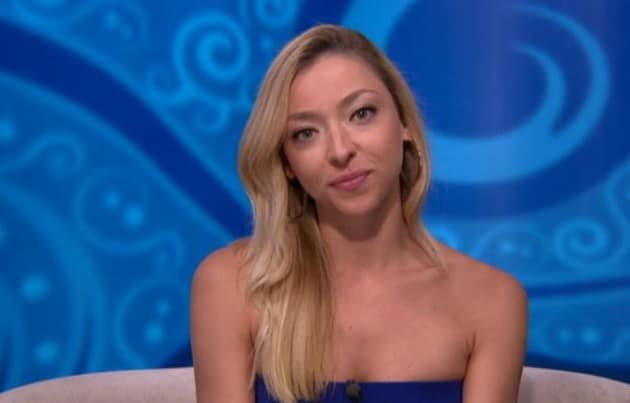 I’ve said it before but I think it bears repeating right now: this season of Big Brother makes absolutely no sense. This had to have been one of the most disappointing double evictions in BB history, with two good players going home while the illogical, frustratingly annoying players are still around. To make matters worse, there is no reasonable explanation for what happened, leaving the audience completely confused.

Wednesday night’s episode made it appear that everything was going to plan, with Becky blindsiding Vanessa and putting her up on the block next to Shelli after Steve won Veto. There’s no doubt that Vanessa deserved to go home, as she’s quickly become one of the worst players this season. Her paranoia has caused her gameplay to be sloppy and nonsensical. Like Clay and Shelli, she cannot fathom why anyone would target her, thinking that she has played such an honest game. What these players fail to realize is that they did the exact same thing to Jason that is now happening to them. Not fun being on the other side of that equation, is it?

Because Thursday’s episode was a double eviction, we only got a short look into how Vanessa got James, Meg, and Jackie to turn against what Becky wanted, convincing them to vote out Shelli over her. I’m not sure I fully understand how she did it, which seems to be a common theme this season, but by the end of the first live vote, it was Shelli walking out the door instead of Vanessa. While Shelli hasn’t always been my favorite player, at the end of the day, she’s a much better alternative to Vanessa.

Alone, this would have been enough to leave me walking away from the episode scratching my head in confusion. But the nonsense didn’t stop there. With a double eviction, comes a live HOH and POV competition. Steve easily took home the HOH, proving that while he may not be great at the game, he can win the memory competitions. All season, he has made it clear that he dislikes Becky, once again offering no explanation for why he does. But judging by all his diary room sessions, for whatever reason, she has been his target. That would lead one to assume that with his HOH, he would want to get her out. Of course, that would make too much sense.

Instead of nominating Becky, Steve decided to go against some of her (possibly former?) allies, Meg and Jackie. If he really wanted to go against that alliance, it would be much smarter to go against the stronger players, James and Becky. Meg has done literally nothing in the game except be mildly amusing, and while Jackie is a smart player, she’s never been on anyone’s radar. With one of Steve’s biggest allies, Johnny Mac, winning the Veto, the power was completely in their hands. They could have easily taken out a bigger threat but chose to leave the nominations the same.

It appears that someone told Steve a while back that Jackie was planning to backdoor him when she was HOH, when in reality everyone knew that the plan was to backdoor Austin. Where he got this information is a complete mystery, though I wouldn’t be surprised if Vanessa fed it to him. After all, she and Steve are the two most paranoid players of the game, especially when they have no reason to be. Whoever it was that told this to Steve, it led him to nominating Jackie and causing her to be the second houseguest of the night to be evicted.

We lost two smart and logical players tonight, leaving a bunch of people in the house who don’t seem to know how to play the game. At this point, I’m not sure if anyone left deserves to win. Hopefully, Shelli or Jackie will have a chance to come back into the game at some point so that we can regain some of the sanity. I mean, even Clay is looking like a genius after what went down tonight. And that’s saying a lot.