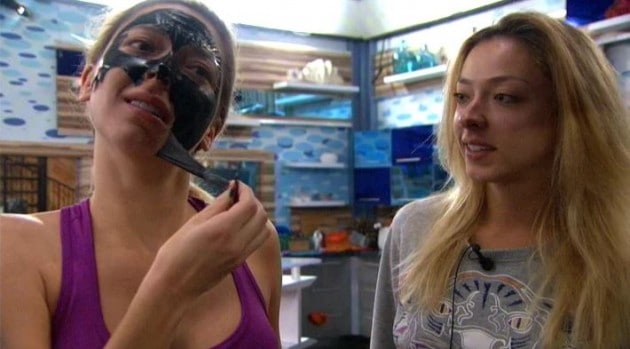 Ever since the big twin twist reveal, Liz and Julia have been laying low, hoping to take the target off their back that comes from already knowing someone in the house. So far, their plan has been working. The girls aren’t on anybody’s radar, and together with Austin, they’ve been able to float through the last few weeks on Big Brother. Liz decided to take their fate into her own hands this week, winning the HOH competition and thereby ensuring that they’d live to see another day. She wanted to be careful with what move she made though, not wanting to get blood on her hands and canceling out all they’ve done to make themselves not targeted. In the end, Liz made some smart decisions that should benefit her and Julia in the game going forward.

With Liz winning HOH, the power in the house once again shifted back to the remains of the Sixth Sense Alliance, who are now calling themselves Austin’s Angels. Instead of taking out the much weaker side of the house that now only has two members, James and Meg, Liz decided to go after a few competitors and possible threats to her alliance’s game: Becky and Johnny Mac. While her initial nominations were heavily influenced by Vanessa, they also happened to be the smart choice for her. Becky seems to no longer really be aligned with the other side of the house but has made it known that she is coming after their side, making her a perfect option. And the twins and Austin were able to use Johnny’ nomination to form a bond of trust with him and Steve, creating what could be a new alliance.

A lot happened before this new alliance was formed. It all started with Vanessa, as everything always seems to. Becky was very vocal about the fact that she was going after Vanessa last week, so obviously Vanessa wanted to see her go up this week. The plan was to put up Johnny Mac as a pawn, but when Vanessa had a conversation with him where he essentially called her out on all her annoying behavior, she got mad. She went to Liz and the others, telling them that maybe they should reconsider using Johnny as just a pawn.

At the same time, Becky went to Liz, Julia, and Austin with some information she had about Vanessa, confirming to them that she really is only looking out for herself in the game and will betray them at any moment if it will benefit her. This, along with her clear paranoia and desire to control everything, had her three alliance members questioning whether they wanted to work with Vanessa going forward in the game.

While all of this was happening, Johnny Mac and Steve were also talking about their options in the game. Possibly the two most awkward bros ever, these two have bonded from the beginning and know that they’re in a position in the house right now where they could join either side and be warmly accepted. After thinking it through, they determined that going with Liz, Julia, and Austin was best for their game since they have more numbers.

Johnny and Steve went up to the HOH room to discuss this idea with the other three, who it turns out were already on the same page. They needed no convincing to join forces with the boys, knowing that numbers are important in the game. It also came out during this conversation that Johnny Mac very much wants to see Vanessa evicted and wants to be the one to send her out the door. While the twins and Austin were having the same thoughts about Vanessa, even considering backdooring her this week, they didn’t want to have to be the ones to do it. It works out perfectly for them to leave Johnny Mac on the block next to Becky, vote Becky out, and hope that he wins the next HOH and takes out Vanessa. Meanwhile, they know that Vanessa wouldn’t come after them if she won and that while unpredictable, she is a number on their side.

It’s too bad that we had to see Becky leave right as she was starting to play the game, but it really was the best move Liz could have made with her HOH. There are much bigger targets in the house right now than her and Julia, which is exactly the position they want to be in. They’ve managed to surround themselves with some strong alliance members which will help them going forward. While Liz may be making a terrible decision by starting a showmance with Austin, I can’t deny that her gameplay this week impressed me.