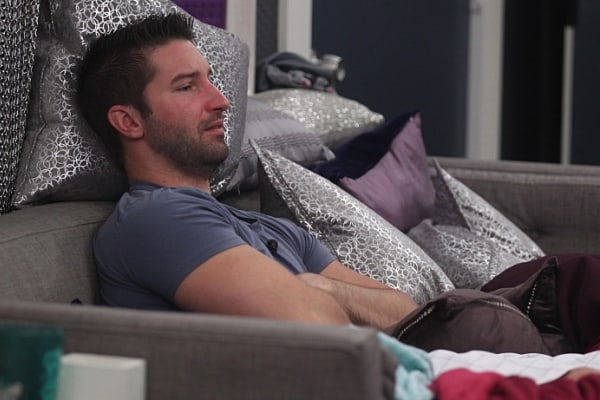 This week, Big Brother was all about partying, but amidst the fun, the houseguests also had to face another elimination. Like last week, Johnny Mac found himself on the block after being asked to throw the Battle of the Block, only this time he was up against James. With no guarantees of safety, John knew that once again he was going to have to fight for his own life in the game, winning yet another Veto competition on Wednesday night. Still, no one was too concerned about the replacement nomination, as they once again thought that the plan was going to be to backdoor Audrey. Clearly, no one learned their lesson from last week. Even James, who was a big target for the HOHs, thought he was completely safe and was as comfortable as someone could be on the block.

Of course, drama broke out in the house, like it always does, paving the way for Austin and Vanessa to make the move they really wanted to make all along: nominating Jeff. It all started when Jeff started flirting a little bit too much with Liz, who Austin very much has feelings for. Unfortunately, Liz (and Jeff for that matter) flirts with almost anyone, and when Austin saw the two under the covers together, his jealousy showed. Apparently, Austin believes that Liz is his and that she isn’t allowed to talk to any other guys, even though it’s pretty clear that she’s flirting with him just as much as she does with everyone else.

All of this led to Austin confronting Jeff and somehow ended in him throwing Jeff under the bus in front of Shelly and Clay, both of whom had been friends with Jeff. Vanessa entered the conversation as well, angry about something that I still don’t fully understand, and used whatever that was as a reason to ultimately put Jeff on the block next to James. Ultimately, Austin and Vanessa showed Jeff to be untrustworthy, leaving the rest of the houseguests questioning his gameplay.

While James remained unconcerned about everything going down, seemingly not even caring if he was sent home, Jeff began campaigning to stay in the house. With so many floaters this season who have done nothing, including his former Amazing Race partner Jackie, Jeff tried to rally the troops and managed to garner four votes. The damage had already been done, though, as Jeff was sent packing by the rest of the houseguests, and Austin and Vanessa accomplished their goal.

Austin and Vanessa didn’t make it out of their shared HOH week with no damage to their friendship though, as Vanessa accused Austin of throwing the Veto to John so that he didn’t have to get any blood on his hands. She was a little obnoxious about the whole thing, clearly just upset that she was the one who would have to make a decision that could anger the house. They seem to be okay with each other right now, but this rupture showed that maybe their alliance isn’t as strong as it initially seemed.

This next week, we’ll have two female HOHs again, as Shelly and Liz won the competition. It’ll be very interesting to see what will happen to Liz/Julia now that the attention will be on them as HOH. Will the other houseguests finally be able to confirm their suspicions, or will the twins continue on with no target on their back? They’ve still got an alliance to fall back on, one that Shelly is a part of, so right now, I’d guess they’ll be fine. I just hope that we don’t see an exact repeat of the last two weeks in the house. Come on houseguests, let’s mix it up a little bit.