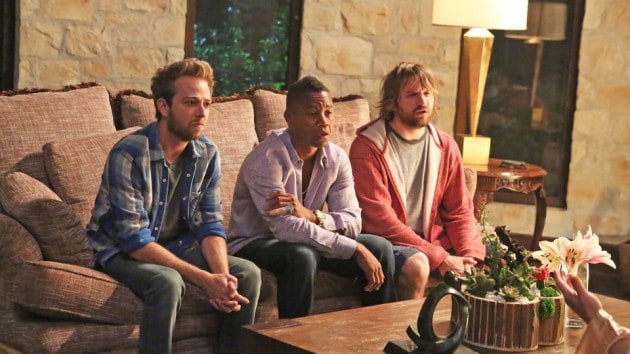 The ever-growing spiral ofÂ Big Time Hollywood, FL‘s absurd first seasonÂ has been a delight to watch, an intricate web of stories and characters that grows larger and more complex with each passing week. What began as a family comedy about two man children refusing to grow up has slowly morphed itself intoÂ Burn After ReadingÂ meets the baby ofÂ Die HardÂ and Quentin Tarantino. By the time “The Hand That Feeds” ends, pedophile human trafficker Jason Alexander lies dead at the hands of a coked-out, one-armed Cuba Gooding, Jr., who is captured by the drug czar usingÂ Monkey LargoÂ as a front for a massive drug deal. This is a long cry from whereÂ Big TimeÂ began, and how the show capitalizes on that relentless insanity in these two episodes is some of the most ambitious, entertaining TV I’ve watched in 2015.

“Monkey Largo” is the epitome ofÂ Big Time in Hollywood, FL‘s storytelling, mostly because it’s the one episode of the two that doesn’t forget about the Dolfe family. As I’ve said numerous times this season, Stephen Toblowsky is a master of his craft, and “Monkey Largo” is the first time in a few episodes he’s had the room to build his character – and in this case, his growing anger helps build the escalating tension that carries over into every story by the time “The Hand That Feeds” begins. Watching his sons use an Austrian model to replace him when doing interviews for Monkey Largo, Alan finally draws the line and gets angry. Real angry: so angry he falls to his knees in therapy, and later knocks a man out who cut him in line at a restaurant. It’s the “no, no, no” callback that really seals it. As Alan notices the police investigation into his children at the precinct (when he sees “Bruce”/Malloy walking around giving orders), he finds himself losing the agency over his life, which he had just gained but hours ago; the repetition of a single word is all it takes to spell doom for the Dolfe patriarch, along with everyone else involved in the family.

“Largo” also benefits from having some “real” Monkey LargoÂ footage, once again showing us how delusional the Dolfe brothers are as filmmakers, and as human beings. Their relentless, thick-headed approach to life would normally make them difficult protagonists on the show, butÂ Big TimeÂ never asks the audience to empathize with the duo, letting Del and Alan serve as proxiesÂ for the emotional core of the series. Whose heart isn’t broken to see Del interrogated so severely he defecates himself (“Can I have a napkin, please?” he asks through a broken nose, drooling), or feel Alan’s pain when he sees that his children both don’t appreciate him, and aren’t living the successful, out-of-the-home lives they appeared to be?

Big Time‘s descriptions in press releases described the story as two guys trying to achieve their “American Dream,” which, of course, refers to them making a film and being filthy rich, but also takes on a different context in “The Hand That Feed,”an episode that is primarily concerned with the idea of freedom. The Dolfe parents seek freedom from their children, Malloy from this ridiculous case that’s keeping him up at nights, Del from prison, and Cuba from his coke debts and American citizenship (the growing tension in the second of these two episodes doesn’t come entirely from the external plot of Delgado and the FBI bearing down on the main characters). Heck, even Jason Alexander has a long, creepy monologue about those who lack the freedom of choice (okay, he’s talking about trafficking children who call him “Uncle Jason,” but the point remains). What’s hilarious is howÂ Big TimeÂ has warped and inverted this “American Dream” into something much more immediate and desperate; at this point, Jack and Ben are just trying to survive (and even then, are still talking about what they might do with the film if “everything gets back on track”).

What’s even more interesting is to think about where this second season might go, with only 22 minutes left between the final, striking image of “The Hand That Feeds” and the end ofÂ Big Time’sÂ ambitious, homage-filled first season. Jack and Ben are in custody, the Dolfe parents are in full on Protect The Nest mode, and Cuba Gooding Jr. finds himself without an arm and with Delgado’s gun pointed very close to his face. For a show with only nine episodes to build its story, it’s impressive how large and well-developed Big Time‘s first season has beenÂ (Malloy doesn’t necessarily get a ton of depth in these two episodes, but plenty of screen time for Keith David to chew up is fine with me), and how unpredictable the show remains heading into next week’s finale. 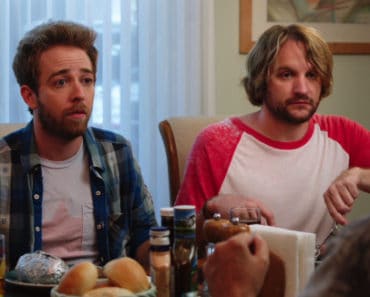 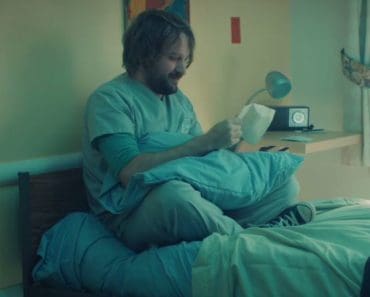 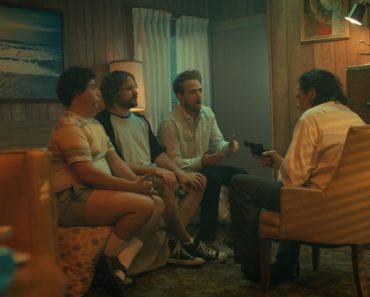 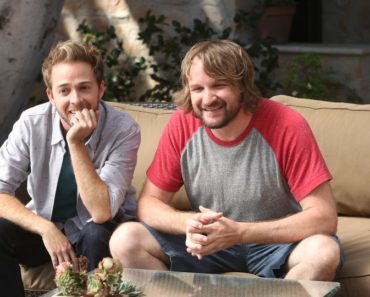 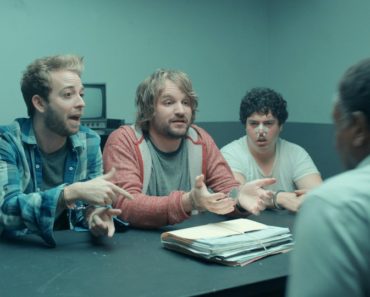