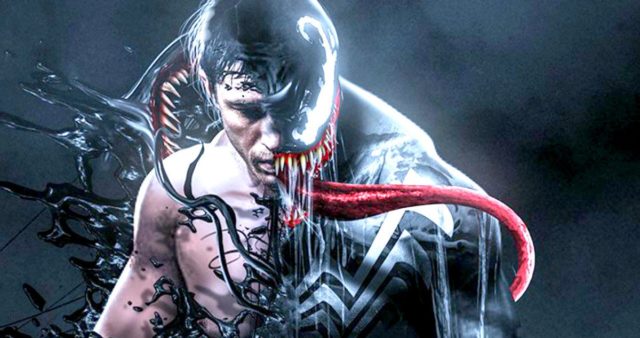 The upcoming Venom movie is about to be as epic as it gets for a comic book movie. Remember when people lost their minds about Logan finally getting an R-rating for his movie? Well with the latest Venom rumors you should be able to dip right into fantasy land and let your imagination run wild with the facts and rumors that are currently being unloaded on the eager and willing fans. This is a movie that has been in need of being made for a long time now, ever since Spiderman first hit the big screen in fact. Aside from his classic enemies Venom is the webslinger’s most notorious and deadly foe ever, largely because the creature knows Spiderman so well.

Are you ready for the rumors and gossip? Because here are a few things that are true and a few things we wish were true.

Oh yeah, this is really happening. Topher Grace might have had the pathetic aspect of Brock down, but that was where his mastery of the character ended. Hardy is the type that goes so fully into his roles that you tend to forget it’s him for a moment as you’re so caught up in his character.

It will have an R rating.

Too many movies get dulled down and ultimately destroyed by downplaying the more interesting parts of their character. Logan was the movie that fans had been clamoring for over the years, and now, Venom will be unleashed in the only way that’s possible to really uncork this type of character.

Carnage is the villain.

Unless you already know, Carnage is the offspring of Venom. It’s weird, symbiote stuff so don’t ask, but the Venom symbiote leaves behind a piece of itself and bonds with a true psychopath. Whoever plays this role needs to be able to go absolutely nuts, more so than even Venom, in order to play it to character.

It is not a Spiderman sequel.

This is basically a reboot of the Venom character in an attempt to do it right, so it won’t have any relation to the Spiderman films that treated the character so poorly and essentially just about killed off the Spiderman franchise.

Spiderman is not even in the movie.

This movie is all about the dynamic between Venom and Carnage and exploring the depths of both of them. Despite the very real history that both characters have with Spiderman there will be no sighting of the infamous webslinger in this movie.

There’s a rumor that other villains will show up.

It’s not a substantiated rumor but there is a possibility that the villains Kraven and Mysterio could both make an appearance in the film. This feels like more of a tease really than a fact, especially considering that neither villain really had a whole lot to do with Venom or Carnage. They were mostly Spiderman villains at best.

So far there’s no real word on when Venom is coming to theaters but fans will be pumped just hearing about the film for certain.