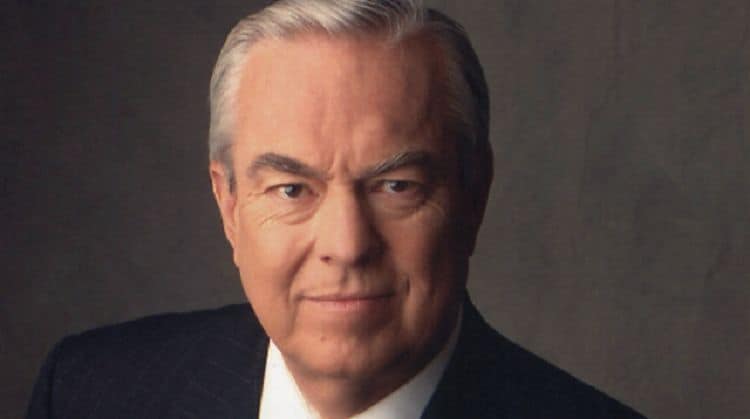 Bill Kurtis has been a fixture in the news world for more than 50 years. From radio to TV, Bill has shown the world that he has what it takes to conquer any medium. His calm demeanor and powerful voice quickly catapulted him to stardom, and he has become a trusted source for information. Over the course of his career, Bill has worked with several networks including A&E and CBS. In addition to news, he has also narrated documentaries and other projects. Even though he’s not in his 80s, Bill Kurtis is still working hard and he has a lot of things he wants to share with the world. Keep reading for 10 things you didn’t know about Bill Kurtis.

Pseudonyms are very common in certain industries, but news/journalism isn’t one of them. For that reason, no one has probably ever questioned whether Bill Kurtis was using his real name. While it’s true that his first name is William (Bill for short), Kurtis isn’t actually his last name. His last name is really Kuretich but he likely started using Kurtis to sound more American.

2. He Started Working In Radio As A Teenager

In some cases,  it can take people a lifetime to find something they genuinely love to do. Fortunately for Bill, however, he discovered his passion at a very early age. He was just 16 years old when he got his first job working for a local radio station. It didn’t take him long to realize that he found his calling.

Acting certainly hasn’t been the main focus of Bill’s career, but he has gotten the chance to put his acting chops to the test on several occasions. In 2006, he appeared as himself in an episode of The Sopranos. He has also had voice roles in several other projects including narrating the movie Anchorman:The Legend of Ron Burgundy.

Bill has devoted a lot of time to his career over the years, but he has also taken the time to focus on his family. He had two children with his first wife, Helen Marie Scott. Sadly, she passed away in 1977 after fighting breast cancer. She was only 36 years old at the time. Bill married his longtime girlfriend, Donna La Pietra, in 2017.

5. He Went To Law School

Even though Bill developed an interest in the broadcasting world when he was a teenager, he didn’t always plan on making a career out of it. After earning a bachelor’s degree in journalism from the University of Kansas in 1962, he went on to receive a law degree from Washburn University School of Law. He passed the bar and was offered a job as a lawyer, but ultimately decided it wasn’t what he wanted to do.

6. He’s Suffered The Loss Of A Child

Bill has had a lot of happy moments in his life, but he’s also suffered from very tough losses. In addition to the passing of his first wife, Bill also endured the death of his son, Scott. Scott passed away in 2009 when he was just 38 years old. The exact cause of his death has never been released but it’s believed that it had something to do with his schizophrenia.

7. He’s Not Into Social Media

Social media has become a very powerful tool over the last decade, and lots of people in the media world have found ways to use it to their advantage. However, that doesn’t seem to interest Bill at all. He doesn’t have any verified social media channels and it seems unlikely that he ever will.

8. He Owns A Beef Company

The news and entertainment industries aren’t the only things that have interested Bill. He is also an entrepreneur who founded an organic beef company in 2005. Tallgrass Beef Company is based in Kansas and supplies beef to restaurants and grocery stores throughout the country.

9. He Has An Interesting Connection To Little House On The Prairie

The Little House on The Praire is arguably one of the most classic re-tellings of life on the American frontier. The books and TV series have been a staple for decades. Bill is connected to the classic stories because he and his sister inherited the site in Kansas where Laura Ingalls Wilder once lived. A museum is now located on the site. Laura and her husband did not have any direct descendants so it’s unclear how Bill came to inherit the land.

Published author is yet another thing that Bill Kurtis can proudly add to his resume. He has released two books over the years: Bill Kurtis on Assignment and The Death Penalty on Trial: Crisis in American Justice. We didn’t find any information to suggest he has plans to release any more books.