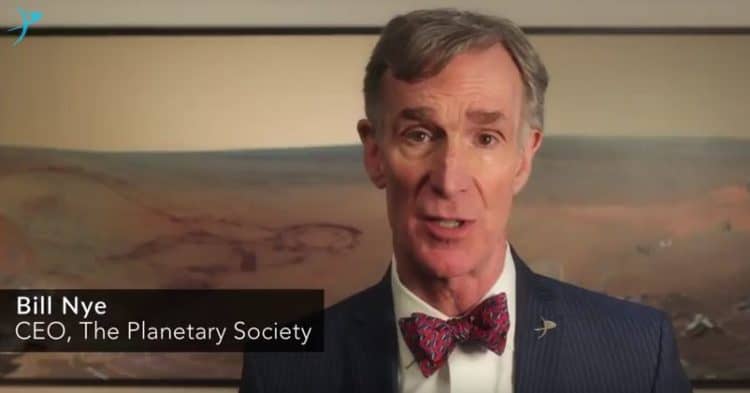 If you had the chance to watch Bill Nye the Science Guy then you know just how effective of a show it was back in the day since it did manage to teach a lot of people how to explain scientific facts as Abdullah Al-Ghamdi of Screenrant claims even if some folks couldn’t fully understand what they were talking about. The main issue between Disney and Bill at this point however comes from an apparent inability on the part of the Mouse House to pay Bill for services rendered, stretching all the way back to the 2000s it sounds like. The lawsuit wasn’t even filed until 2017 and is still ongoing today as the trouble between Bill and Disney could possibly go to trial, where it might become a matter for the Mouse House to deal with in a private session to find a way to pay the former host off and settle the matter once and for all. But with Disney’s current troubles even a hit like this feels as though it be yet another push down that slope as the corporation continues to feel the weight of their financial troubles continue to worsen. As most people should know by now Disney has been hit hard by the effects of the coronavirus and as such has been losing massive amounts of money thanks to park closures and the fact that production on several movies and shows and the inability to release other movies on time is wreaking havoc with their finances.

This is probably one of the last things that Disney wants to deal with right now, but Bill isn’t going away since he wants the money he feels is owed to him. With the kind of success his show enjoyed back in the 90s it’s easy to think that the Mouse House should be grateful enough to Nye to simply find a way to pay him and be done with it, but there’s a little too much history and possible bad blood between Nye and the company to really let things go with a simple check and a handshake, as Disney went ahead and told Nye over a decade ago that he owed them $500,000 due to an accounting error, and would settle the matter once he paid up. Unfortunately the way that this appears to have been handled makes it look as though the company pulled a fast one on Nye and ended up denying his claim as it was deemed to no longer be valid for reasons that, to a layperson, sound kind of ridiculous even if there’s legal precedent.

Such legal matters are usually best left to those that speak the legalese and are able to understand the fine print and wording that is typically used in contracts and legal statements. At this time it sounds as though Nye was robbed in a big way but it also sounds as though he might have had more time to deal with this than we’re being told. It could be that hearing the full story would place a person fully on Nye’s side or on Disney’s, but with everything that Disney has been accused of over the years, and there’s been plenty, it’s hard to take anyone’s side in this since it’s just too easy to throw your hands up in the air and tell them both to ‘figure it out’. Obviously Disney doesn’t just want to give in and fork over millions if they don’t have to despite being worth billions, while Nye doesn’t want to let this matter go since a $9 million dollar paycheck is serious business. Their motives for keeping this matter going are their own and therefore kind of hard to figure since one could only hope that whoever was really in the wrong would stand up and say so, but as with all things that would be the easy way out and we just don’t do easy in matters like this. With all due respect to both parties, it’s something that sounds a little less than important right now when the nation is in an uproar about the general health of its people and money is becoming something that every last person needs to worry about, not just the mega-rich.

With their current money woes starting to pile up, or at least appearing to do so, Disney might do everything they can to stall Nye and keep from paying him until they’re actually ordered to do so, as a trial might not swing in their favor. Nye doesn’t appear to be going away any time soon and it’s likely that he’s going to keep gnawing on this proverbial bone until he gets what he’s after. Whether Disney finally gives in or not in order to make this matter go away is entirely up to them. Eriq Gardner of The Hollywood Reporter has more to offer on this subject.