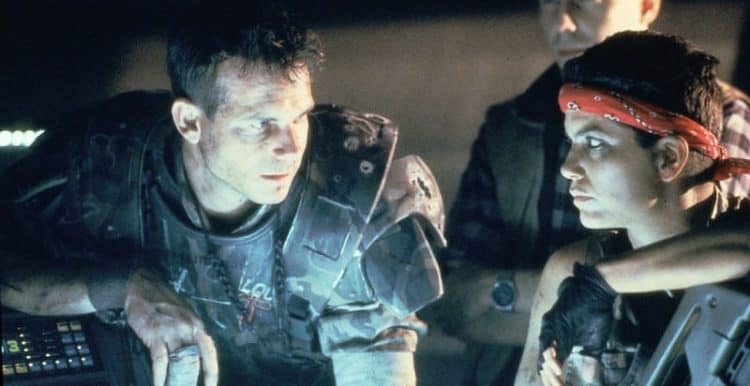 With all due respect, if you happen to think that the particular record that the late Bill Paxton holds is silly, you might need to check yourself, or just admit that you’re not much of a movie buff or sci-fi junkie. But a lot of people that are familiar with Paxton’s work will know that the man was definitely one of the more noticeable faces when it came to movies and TV, and when it came to sci-fi, he was someone that you could count on to be right in the mix when things were about to go down, no matter how serious the scene was. His contribution to the sci-fi genre has three great entries that might not seem like much to some in the grand scheme of things, but are actually legendary to fans since he played characters that are well-remembered given that they contributed in some way to the overall storyline of the movies he appeared in. It’s kind of an obscure record that Bill holds, but when you really look at it this is kind of impressive since he’s the only one that holds it and the only one that has ever had the distinction of being killed by a movie villain in three different sci-fi movies. If you’re sitting there scratching your head don’t worry, I’ll explain.

In 1984 he showed up in The Terminator for a brief moment as one of the thugs that were trying to speak to the titular character. That moment didn’t go over too well since the moment that the trio pulled their knives on the killer, but naked, terminator, the machine threw Paxton’s character against the nearby gate, where it’s assumed that he was either knocked out or killed by the impact. For the purposes of this record, the blue-haired, track-faced thug that he was playing was killed, but he was spared the fate of one of his buddies, who had the unfortunate fate of being impaled on the terminator’s fist. This is definitely one of the most controversial ways to hold onto a record, but thinking that the terminator would hesitate to kill all three of the men is debatable since some could claim that two of them might have lived since one of them gave up his clothing and the other wasn’t given a very convincing death scene. It’s reasonable to think that since they weren’t the target that terminator would simply let them be. Others could claim that the force of the impact that Paxton’s character received was enough to crush the back of his skull and kill him outright, or the terminator finished him off and it was simply implied.

But in the spirit of this record being upheld, let’s say that the terminator did kill this character. We then move to a fan favorite that came about two years later in Aliens, the sequel to the bone-chilling epic that scared the living hell out of so many people to start with. The character of Hudson was hard for people to get to like since he was kind of a jerk and a goof all at the same time and was somehow arrogant on top of that. But the funny thing is that Hudson was the biggest crybaby when things weren’t going as they should have. If anyone’s bound to get blamed for the situation that happened in Aliens it would have to be either Burke or Lt. Gorman since Burke was representing the company that wanted the xenomorphs as weapons, and Gorman was, unfortunately, a largely untested Lieutenant that was proven to be rather inept. Give him this though, when the chips were down and he finally recovered he was a team player through and through, and he and Vasquez went out in great fashion. But Hudson, hoo boy. He cooled his jets eventually and started becoming a team player, which was fun to see since he did save Newt when she and Ripley were locked in the medlab with two facehuggers. Plus, when the final battle came around Hudson was starting to freak out but calmed down and started taking aim once the battle was on. It was actually kind of sad to see him get dragged down by the xenomorphs, but he was going down shooting until they overwhelmed him, which makes him an animal in my book.

The final part that Paxton had to play for this record was in Predator 2 as Jerry Lambert. He came in as the cowboy type that wanted to prove himself and be the big shot, but when he and Leona, played by Maria Conchita Alonso, were in the middle of a massacre initiated by the Predator, Jerry stayed behind to make sure that everyone had been evacuated, and then he took on the alien rather than cower and just take it. This wasn’t the best strategy since he was killed and he had his skull and spine taken as a trophy, but hey, he stood tall and tried to fight. As a lot of old boys would say, he died with his boots on. So that’s why Bill Paxton holds the sci-fi record, he played characters that were killed by the terminator, xenomorphs, and a predator, and that’s pretty impressive.