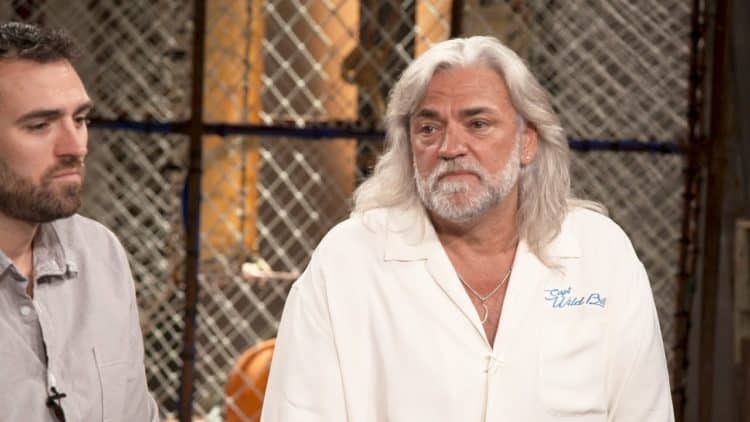 When most people think of fishing, they envision a relaxing and quiet day hanging out by the water. However, the world of commercial fishing is totally opposite. Not only is it not quiet or relaxing, but it’s also very dangerous; this is something Deadliest Catch has been showing the world since 2005. Captain Bill Wichrowski, also known as Wild Bill, has been a fixture onÂ Deadliest Catch since 2010. Since his first appearance on the show, he has become a fan favorite. His years of commercial fishing experience have made him widely respected both on and off the show. Continue reading for 10 things you didn’t know about Bill Wichrowski.

Although a career in commercial fishing wasn’t always Bill’s plan, he’s always had a love for being out on the open water. After graduating from high school in the 1970s, he decided to join the navy. Once his time in the military was done, he decided to explore the world of crab fishing.

2. His First Car Was A Lincoln

Boats aren’t the only thing that interests Captain Bill. He’s also really interested in cars. The first car he ever owned was a 1966 Lincoln Continental that he purchased while in San Diego. The car wasn’t your average Continental though, it had “suicide doors, baby blue paint, a black leather interior, and a black vinyl top”

3. He Used To Be An Electrician

Bill started his career working on boats at an early age, but initially he wasn’t fishing. One of his first jobs was working as an electrician on a freezer boat. Bill formed a close relationship with Tom Dundus, the captain of that boat. Dundus eventually became the god father of of Wichrowski’s two sons.

4. Fishing Doesn’t Run In His Family

Unlike some of the other cast members on Deadliest Catch, commercial fishing isn’t something that Bill inherited from his family. Bill’s reasoning for joining the fishing industry was simply monetary. After hearing how much money people could make fishing for crabs, Bill decided that he wanted to give it a try. When reminiscing on the early days of his career, Bill said, “I was a kid from Pennsylvania with no ties, and one year I made $300,000 in seven months. And that was in 1988 or ’89 and you could buy a new Lincoln Continental for $6,000 and you could buy a house in Seattle for $60,000. We were living large and that’s where all the mystique of this thing came in, and it’s carried on in the years.”

5. He Was Skeptical About Doing The Show

Being a reality TV star wasn’t something Bill ever imagined, so naturally he was a little hesitant to do Deadliest Catch. After considering the show for several years, he decided to give it a shot once the economy took a hit and he was looking for new opportunities.

6. He Has A House In Mexico

As much as Captain Bill loves his job, he also likes to enjoy his life away from work. After spending most of his time working in Alaska, Bill returns to San Carlos, Mexico where he owns a home. Unfortunately though, he doesn’t get to enjoy his place in Mexico as much as he’d like.

7. Fishing Has Brought Him Closer To His Son

Fishing may not have been the family business before, but it’s quickly becoming one. Bill’s son, Zack, works as a deckhand and Bill says working together has greatly improved their relationship. Bill admits that they two weren’t always close, and working together wasn’t always easy. However, they’ve gotten to a better place and Bill says that Zack’s “knowledge has grown exponentially and he’s paying attention.” Bill adds, “He’s listening and figuring out he doesn’t necessarily have to use all of my techniques, but he listens to what they are and makes his own judgment from there. So we’ve become a lot closer in a lot of ways and he’s grown tremendously from us being together on the boat.

8. He Loves Giving Back To Others

Captain Bill enjoys helping those in need. Throughout his career, he has made it a point to give back to the community. He has worked with several charitable organizations throughout the years including the Wounded Warriors Project. He has also worked with organizations to support breast cancer research and awareness.

9. He Believes In Hard Work

If you’ve ever seen an episode of Deadliest Catch, you know that commercial fishing can be grueling. One of the reasons why Bill Wichrowski has been so successful over the years is because he isn’t afraid of a little hard work. In fact, his motto is “hard work and honesty”.

Bill has been a NASCAR fan for many years. He enjoys attending races whenever he gets the chance. Thanks to his career, he’s even gotten the chance to speak at NASCAR events. Even though he isn’t a race car driver himself, he does enjoy taking his car out for a scenic spin.