Home
Billions
Billions Review: This Review Is Filled With Complaints 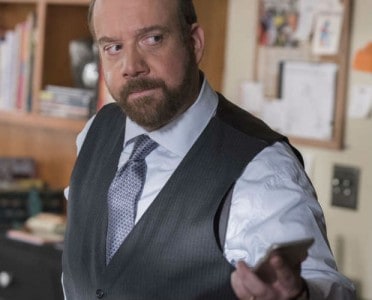 Broadly speaking, there are two ways to tell a story: by plot, or by character. No show is wholly plot, and no show is totally character, as the former gets saggyÂ and the latter gets stale. You can find examples of great shows on either side of the divide. But for my money, the greatest shows are the ones that focus on character movements above all else. They’re the kind of shows that examine where the character is at in a particular situation, and discuss what that character would do, and pick the most interesting option. The other option is having characters just do the cool plot thing, regardless of who they are.

BillionsÂ falters because it too often sells out character in favor of plot-based movements. Too many times characters do things that don’t feel earned, or make decisions that we’ve come to believe they would never make. Some may argue that Chuck blowing off his wife to go interrogate Donnie has been setup throughout the season; but in my opinion, it’s one thing to lie, and another thing to go right past them and be self-righteous when they ask about it. I don’t buy that Chuck would do that.

I also find it hard to believe in Bryan Connerty. We’re informed that he’s a man of principle, and integrity, but he’s done pretty much the opposite of that at every turn. He’s less a stalk of wheat, and more a weaselly opportunist. Bryan has a relationship with Terry, a woman his age, and essentially dumps her so that he chase a woman who is probably at least a decade younger than him. He berates Chuck for his actions, and then does the same thing right after. The argument there is that he’s just not the man he says he is, but the issue is that the show believes that he is. It’s Scavonian dissonance; a place where what a show wants the audience to believe and what the audience actually sees are at cross purposes.

Another thing I don’t understand: why, at the end of the episode, Bobby says he’s going into autopilot. He implies that he’s handling this poorly, but, again, if you’re actually watching the show, he’s handling it pretty well. He’s allowed the protesters to protest; he spoke at the firehouse honestly; he was willing to keep the restaurant and the farm open, regardless of profit. Bobby has the resources to weather literally any storm, with very little real difficulty, and yet Lara thinks he’s doing a bad job?

Lara has totally lost her mojo, or perhaps never had it in the first place, or maybe has just swum too far upstream. She reminds me of Stringer Bell in that way; her street smarts don’t transfer at this level,Â where the long game is the game being paid. It’s one thing to throw hands when the immediate benefits are so tangible, but another when your opponent is willing to take a few punches to win down the road. Fighters don’t make good rich people, because they’re fighters. Good rich people are like possums; they pretend to be dead when there is trouble.

Last complaint:Â BillionsÂ feels too episodic. It needs to be more immediately serialized, especially with an episode of twelve.

BillionsÂ is not a good show, but it is entertaining. That’s not a backhanded compliment; it’s hard to find both sides of the equation, and because of that entertainment value, it could run forever. I enjoyed the Donnie scenes, but I’m not a fan of the cliffhanger. I know that we saw some pills earlier, but it wasn’t enough setup to really think that Donnie is in any mortal danger. And if he is, and he ends up dying, then they killed off a character just as he got interesting.