Home
Billions
Billions Review: The Failures of Chuck and Bobby 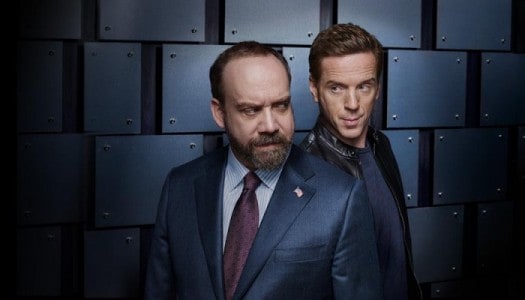 Mike “Wags” Wagner is a lunatic.

He talks to Wendy, without fear of judgement, about his desire to dominate women. He speaks often in crude, disgusting one-liners. He talks about having built up a tolerance to body sushi, as members of the office puke into trashcans for hours. Wags is, for all intents and purposes, a frat boy taken to the extreme. He is fragile, and vindictive, and cruel.

And yet, not even he can hold a candle to Bobby Axlerod, onÂ Billions.

Axe is faced with a decision. He’s going down, and going down hard. He’s going to pay a fine, and he’s going be busted down to a family office. This is a decision that he makes, and agrees to, with Wendy. He will give up his future, so that he can continue to enjoy the fruits of his past. If he agrees to pay, and back down, he’ll save his family, his friends, and his reputation from being drug the mud, and ultimately destroyed.

Chuck Rhoades has the same problem. He baits Axe into tearing up the deal, so that he can go after him with gusto. He makes a pass at nobility; he gives up the case to Bryan, so that when Axe goes down, there is no chance that he escapes on appeal. But he stays on, secretly, and alienates Bryan at a crucial moment. His motivation is muddled, and unclear; it’s partially because of the writing, but also partially because Chuck doesn’t know why himself. Is it because he’s jealous of Axe’s and Wendy’s relationship? Is it Presidential aspirations? Is it because Chuck is a rich boy trying to prove that he’s earned his way here, instead of his slum lord daddy gaveÂ it to him.

The deal is broken, and the two will face off. Bryan, the idealist, has control of the case, but only for now. He’ll give it his best shot, and it might drag him underwater. Too many people have told him that he is ripe for switching sides; that the money, and the power, and other perks too numerous to name, will be his siren song. He’ll be crashed on the rocks; splintered wood and broken sails littering the jagged pieces. Wendy says that, if Axe thinks he’ll lose, he’ll take his attacker down with him.

Wendy helps Axe and Chuck strike a deal, Dollar Bill is interrogated, and Bryan gets welcome news in the sixth episode of Billions.