Home
TV News
Billions Season 5 is Coming Back: The Return to Wall Street 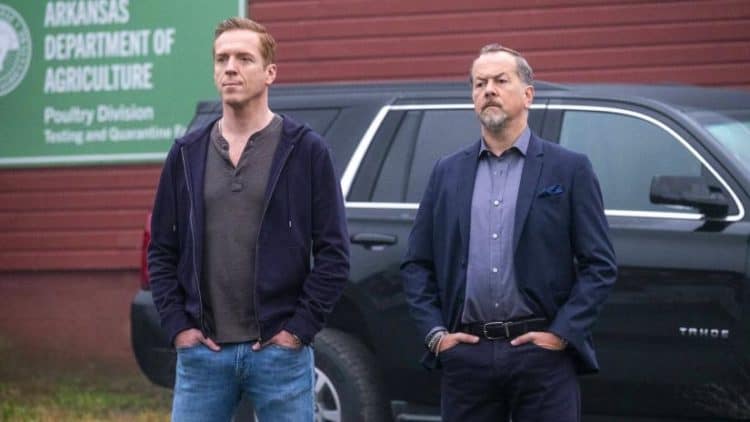 The long and arduous wait is finally over! There’s no more stopping the much-awaited return of Billions. Fans of the show were caught in limbo after the production of season 5 was abrupted due to the COVID-19 pandemic. The remaining five episodes of the season are finally set to air on September 5 at 9 p.m. ET/PT. It’s time to put an end to those series withdrawals, and prepare for some more teeth clenching and heart racing madness to continue.

The hit Showtime drama series, set in the heart of New York City, is known to break boundaries and tackle true-to-life issues in the ruthless world of finance. Billions is also the first American TV series to feature a gender non-binary series regular, Taylor Mason, personified by Asia Kate Dillon (Orange Is the New Black).

The show first premiered in 2016, and centers around the cat-and-mouse relationship of hedge fund king billionaire, Bobby “Axe” Axelrod played by Damian Lewis (Homeland) and recently elected New York Attorney General, Charles “Chuck” Rhoades played by Paul Giamatti (John Adams). Axe manages top hedge fund, Axe Capital, and is known for his aggressive and (often) unethical methods to lock in huge returns. This frequently sets off Chuck’s legally-trained radar, who is relentless in finding ways to prosecute Axe. As if this constant ‘catch me if you can’ chase isn’t already stressful enough, Chuck’s soon to be ex-wife, Wendy Rhoades, played by Maggie Siff (Sons of Anarchy), is one of Axe’s closest confidants and also Axe Capital’s in-house performance coach. These interwoven and complicated relationships, mixed in with unexpected power moves and sharp-witted dialogues of all sorts are all part of the show’s charm. It’s no wonder that fans of the show have been on the edge of their seats for the past five years.

The first seven episodes of season 5 were able to shine some light on the unanswered questions and loose ends of season 4. Chuck and Wendy’s marital woes have come to its imminent end, as Wendy decides to make their separation permanent. Axe has once again one-upped Taylor and left them with no choice but to reluctantly make their way back to the throngs of Axe Capital.

Viewers were also introduced to a couple of interesting new characters this season. These include Julianna Marguilies (The Good Wife), as author/professor Catherine Brant and Frank Grillo (Kingdom) as up and coming painter Nico Tanner, who play the new love interests of Chuck and Wendy. Another notable character, and now series regular is billionaire, Michael “Mike” Prince, portrayed by Corey Stoll (House of Cards). Aside from being a powerful business leader, Mike is known to be an impact investor who uses his influence and wealth for the common good. This whole goody-two-shoes persona does not sit well with Bobby, who sees Mike as an imminent threat and new nemesis in the making.

Where does season 5 go from here? The show’s creators are leaving no stones unturned as they finally share glimpses of what’s the come. The much-awaited comeback teases of fiercer rivalry, unexpected alliances, and a whole lot more of outsmarting one another.

What to Expect from Season 5 : Part 2

As seen in the recently released teaser, Bobby and Mike are on it again with their snarky exchanges. They are undeterred and expected to battle it out for the rest of the season. Do not expect Chuck to be silently watching things unravel from the sidelines. In the first part of the season, he was already seen testing the waters by arranging a meeting with Mike to see if they can form an unholy alliance against Axe. Expect this to continue in the upcoming episodes. Giving up is not part of Chuck’s vocabulary. He will continue to stir the pot until he finds the perfect opening to seize the opportunity and finally take down Axe and his beloved Axe Capital. Taylor and Wendy are not spared from the drama, as well. The previous episodes show them joining forces with Mike for their impact fund venture. Will this unlikely alliance lead to any one of them to jump ship? The scenarios are endless.

Fear not, Bobby and Chuck’s escapades are not coming to an end anytime soon. Fans of the show still have so much more to look forward to. Aside from the new episodes, Showtime also announced that the show is being renewed for another season. The network has not released an official date for this yet, but teased that the new season should drop sometime next year. Will the Billions crew continue to rock their viewers socks off? As employees of Axe Capital often say, “I am not uncertain”.