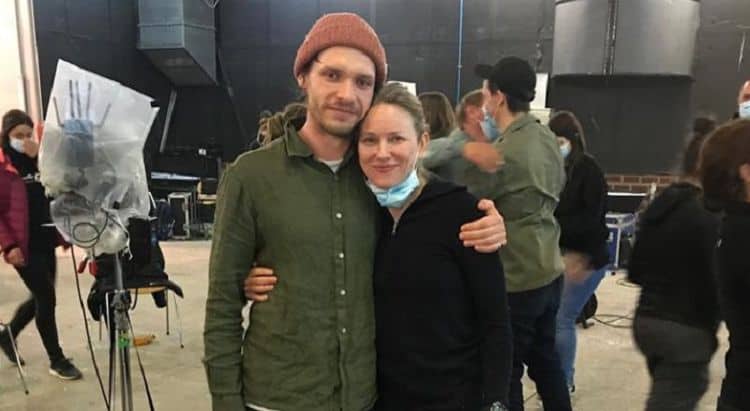 Everything on television seems to go through phases. Growing up for those of us born in the 80s, it was all about Friday night sitcoms. Then it was all about young teenage dramas (think Dawson’s Creek, Gossip Girl, The OC), and then it was serious dramas such as Grey’s Anatomy, Private Practice, and it’s kind of always crime dramas with your CSIs and Criminal Minds and Law and Order. In the past few years, though, it’s been about period dramas, and it’s introduced us to a whole new world of actors and actresses as so many of them hail straight from the UK. Billy Howle is one of the highly talented English actors we’ve gotten to know in the past few years, and we thought we might get to know him even better than we think we already do.

Billy Howle is from the United Kingdom, but many people have no idea where in the UK he is from. Most assume it’s England, but no one can pinpoint precisely where. He was born in a place called Stoke-on-Trent, Staffordshire, United Kingdom. Do we know where that is? No, we don’t, but we know it’s across the pond, as they say.

2. He Has Two Middle Names

Billy Howle was born William Walter Douglas Howle, and it sounds so formal. We like that he goes by Billy. He was born on November 9, 1989. His dad is a professor of music. His mother was a teacher. We have no idea if he has siblings.

In addition to being a famed actor, he’s also a successful model. He’s actually the face of Prada’s S/S16. It’s a huge role to take on to become a man who models for a designer such as Prada. He is making big things happen in his life.

4. He Moved Around A Lot

Growing up, he didn’t stay in one place long. His father’s profession as a music professor meant that they moved regularly almost in the same manner you’d expect a military family to move around. He eventually spent some time in his later childhood living in Scarborough, however, and that’s where he started working in the music industry.

When his father settled in Scarborough and began his work as a music professional, Billy Howle spent some time participating in the local music scene himself. He was part of not just one band. He was part of five bands at a time. He must have some of his father’s musical talent in his life.

Billy Howle knew he was going to spend some of his life living in a different place, and he did. He left home at the age of 18, and he spent three years living in Bristol. He attended the Bristol Old Vic Theatre School to study drama, which was clearly a good choice for him.

There’s something about Howle that has some other people spending his time describing him as an old soul. He feels that he spends a lot of his time focused on things like playing characters who are exceptionally emotional and very complex. He’s good at it, and it’s because he is a man who is accustomed to digging deep within his own self for that kind of ability.

Billy Howle is happy to discuss his work. He is happy to discuss what he does with his characters. However, he is less likely to want to discuss his private life with the press. He’s into keeping that to himself, and it’s caused everyone to wonder what he enjoys doing when he’s not working and with whom he might enjoy spending that time. We do know he has a girlfriend, but we don’t know much about her.

Growing up, he wasn’t a role model for other kids. By the time he was 13, he was using drugs and drinking alcohol. He was in trouble a lot, and he didn’t care for school. He did not see how anything he was learning in his early education was going to apply to his life in any capacity, and that caused him to want to ignore it.

10. He Likes to Challenge Things

Rarely does Billy Howle find something and just roll with it. He likes to challenge it. He wants to know why. Why is this the way that it is? Why does that work that way? Why is this what we believe? He is a man who likes to know more than he’s learning in a regular capacity, so he pushes, he challenges, and he asks questions.