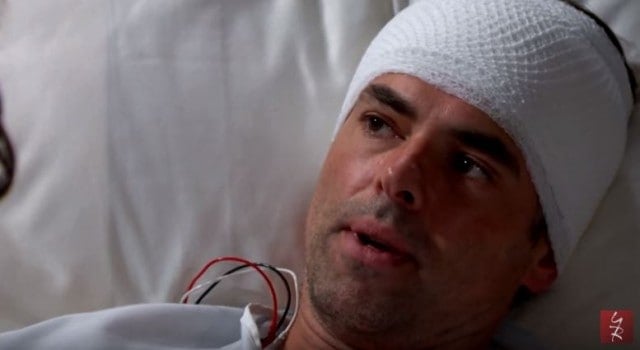 Friday’s episode of The Young and the Restless is going to be a big one. The residents of Genoa City better prepare themselves for what is to come. It’s going to be the most dramatic episode of the week when one of the residents remembers something that will change the life of another forever. It doesn’t help, too, that this one action will also change the lives of almost everyone in this city for the time being. It’s deception and the power of dirty little secrets at its finest, and it’s just more proof that the people in this community are always in it for the worst. Noah has been worried for the entire week that Billy has been awake from his coma that he will suddenly remember that it was his car that hit him the night of the hit and run. Noah is aware that it is his fault Billy almost lost his life. He’s in the middle of a dangerous downward spiral. The guilt is eating at him, and he seems to know that his time is running out. Billy has been recovering his memories for a while now, and it seems that one big memory is coming back to him on Friday’s episode.

Just when he thought he was confident in the fact that it was Adam — who is still missing — that hit him and left him for dead that fateful night, Billy suddenly puts all the flashes of memory of a car he’s been having all week together. He remembers. He remembers the car that hit him. He knows the color, the make, the model and he knows the license plate. It seems to be the beginning of the end for Noah, since he cannot get away from an accusation such as that one. Billy has enough time, too, to tell Victoria that he knows the vehicle that hit him. Will he tell Victoria what he remembers and will that information be made available to the police before it is too late for Billy? Will Noah become so desperate that he does something stupid in hopes of covering his tracks and getting rid of any witnesses? Will Marissa protect him or turn on him, and will Noah drag her down with him?

Following that huge revelation, we’re taken to the police department where Dylan informs Paul that he is working with Victor to get Adam back. Paul is not sure that this is a good plan, but Dylan assures him that with the help of the force, it will end well. Paul is not convinced, and he has his reservations. It seems that he has no faith in Victor. He knows that Victor is not about to allow the police to handle the business he considers his own personal revenge. Paul will tell Dylan that when it comes to Victor, he does all the work of the law himself, including issuing the punishments he feels are appropriate when someone crosses him. He warns Dylan to watch his back and not have too many expectations as far as Victor is concerned. Will Victor double cross Dylan, or will Dylan wise up to Victor’s ways before he has an opportunity to cross him? 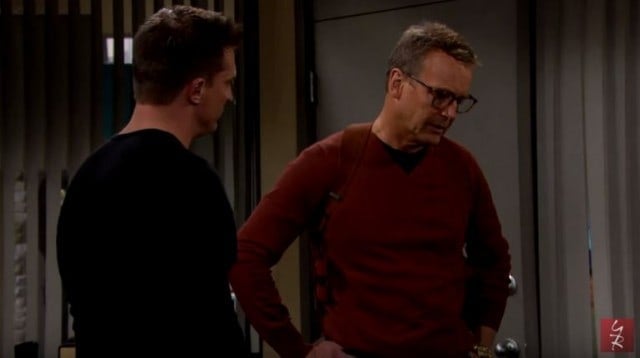 Meanwhile, Victor still has Natalie in his captivity, though he’s not made it public to her yet that he’s holding her captive. In fact, it seems as if he is doing nothing more than keeping her safe from the kidnappers that have his son. However, he is not the kind of man who lets anyone work him, so it’s only a matter of time before he decides to take matters into his own hands and double cross Natalie in favor of his son. After all, why would he bother to keep this woman he barely knows safe and alive when by trading her life, he is able to get his son back out of danger? Knowing Victor Newman, Natalie is probably less safe in his safety than she is in the middle of a busy interstate on a rainy day with no visibility. Her days of confident safety are very numbered. Victor isn’t loyal to her or anyone else but himself, and he will prove it once again coming up soon.