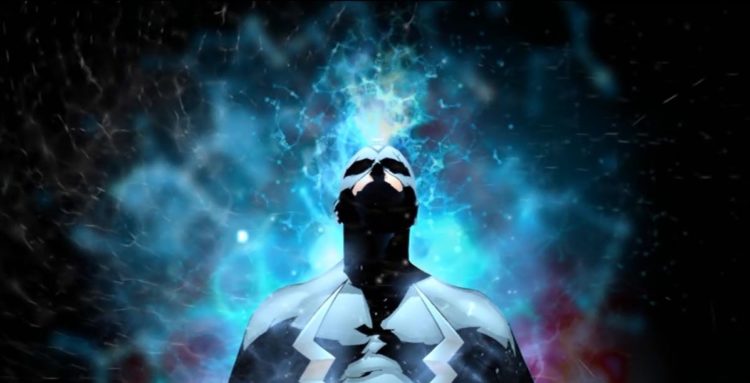 Black Bolt, the king of the Inhumans, is another severely overpowered individual in the Marvel Universe that a lot of people don’t know enough about. By now a lot of folks know that he can’t just talk as other people can thanks to the fact that the force of his voice is likened to a bomb going off if he so much as whispers. If he were to shout it would level a sizable portion of a city, and if he was to shout, well, there’s a good chance he could cause the type of damage that not even the Hulk could easily withstand. While a great many heroes and villains have stood against him and triumphed it’s usually because Black Bolt, being the kind of person he is, doesn’t just let loose all the time. His level of restraint is impressive since if he truly wanted to the king could level just about anyone he chose, so long as he allowed himself to lose a certain amount of control.

But there are powers that Black Bolt has that some folks don’t even know about.

10. He can control electrons.

This is actually Black Bolt’s main power and it allows him to harness energy that allows him to fly and power his other abilities. If not for this he would be a lot more limited in what he can do. But being able to control electrons gives him the kind of power that he wields to control his voice, fly, and do pretty much anything else that makes him so special.

9. He has his own danger sense.

This is kind of like Spider-Mans spidey sense, but different in that it allows him to react quicker and make decisions based on the feelings he gets with stunning speed. Where Spider-Man has to take the time to look around and figure out just what might be coming at him Black Bolt is able to focus on the danger at hand almost immediately.

8. He can generate force blasts.

He can project these blasts from his hands or from the tuning fork that was designed to help focus his power. But he can also use the blasts for a different purpose, which is to drain the energy of his opponents until they’re too weak to fight back. As a benevolent king, for the most part, he usually doesn’t desire to kill anyone, but he will likely attempt to stop his enemies from causing any further harm.

7. He has superhuman strength.

There have been arguments over how strong Black Bolt really is, but one source seems to think that he’s on par with the Fantastic Four’s Ben Grimm and Namor, the Sub-Mariner. It’s been said that he can manipulate his energy to become strong enough to go toe to toe with the Hulk, but that might have been back in the day before World War Hulk pummeled him into the ground.

This is his go-to attack when he’s been outclassed and outmatched. He’s used this on a few foes when he discovers that they’re a great deal stronger than he is and that he’ll be going down soon if he doesn’t do something quick. The Master Blow is akin to a nerve punch that bypasses all natural defenses of the enemy and puts them down hard. Unfortunately it takes so much out of Black Bolt that he’s almost useless after he uses it. It’s a desperation tactic at best.

He’s kind of limited in this capacity as he can enter the minds of others and offer suggestions but he’s nowhere near as powerful as Professor X or other telepaths.

4. He is extremely durable.

This is a character that has gone toe to toe with some of the most powerful beings in the world and has never broken so much as a single bone. Black Bolt’s durability is off the charts when it comes to being an Inhuman and he is the only one among his kind that can possibly make this claim. Of course, going back to World War Hulk things have changed in the recent past as he’s been seen as beatable.

3. He can channel lightning blasts.

You might wonder why the Hulk is mentioned so much with Black Bolt, but it’s because the Hulk has been one the strongest people to ever tangle with the Silent King. In many ways the Hulk has forced Black Bolt to unleash more of his powers than anyone else. His ability to attract lightning blasts was once used to knock the Hulk down temporarily so he could be reasoned with.

2. He can manipulate matter.

Black Bolt is the only Inhuman that can do this and he rarely uses such a power. This allows him to reshape the molecules of just about anything into whatever he wants, though he uses it judiciously when he does apply such a force.

1. He has superhuman speed.

It’s not enough to just say he’s fast and leave it be. He can dodge gunfire and has been known to use this speed to gather more force before hitting an opponent, which as any physics student would know is going to be disastrous for whoever’s on the receiving end.

He did manage to put the Hulk through a mountain once.