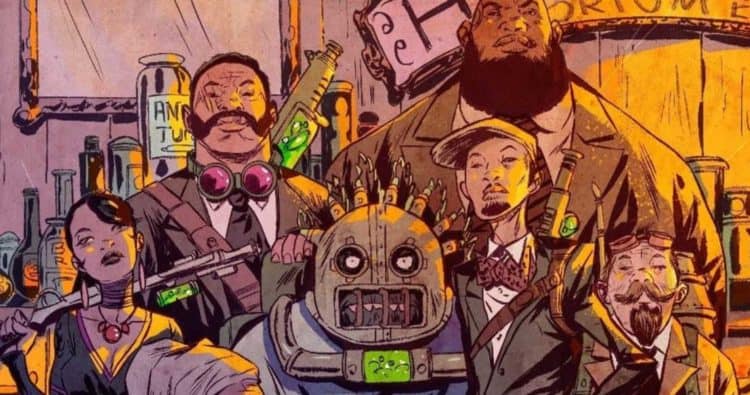 This movie idea seems like something that could keep pushing the need to understand and possibly stamp out racism and prejudice since it’s what Bitter Root is so focused on throughout its story line. As Kevin Burwick of MovieWeb has pointed out, Ryan Coogler, the same director taking on Black Panther 2, will be coming on for this one and will no doubt be seeking to push the message that the story has to deliver in a big way. The only difference here is that the story takes place during the Harlem Renaissance, when racism and prejudice were far worse than they are now, so there’s a definite advantage to the movie’s message when it comes to the strength and the effectiveness of it. that should of course be able to translate to the modern day, but at the same time one might put forth the argument that those living back in that time had a much harder time living with the racism and prejudice that society had to offer. It’s very true that racism and prejudice are still very much alive in this day and age, but nearly a century ago it was a great deal worse, which is a point of contention that this movie could easily bring to bear among viewers and fans.

Richard Yeselson of The Atlantic wrote a very compelling piece as to why the 2010s seem to be able to be compared to the 20s, and while he speaks eloquently and in very easy to understand terms, there’s still the idea that things back then were a great deal worse than they are now. In a work of fiction it’s very easy to exacerbate matters as fiction can go beyond the boundaries that society typically allows us to explore in a safe and coherent manner. Plus, there is a much more tangible enemy in Bitter Roots, though the victims of this enemy are no less problematic since the group of hunters that seek to put them down seem to have a moral quandary as to whether they will simply eliminate said monsters or try to rehabilitate them. In a big way you would think that they might take this on a case by case basis since throughout history it’s been seen that there are some people that simply can’t be reached, or helped, because they refuse to open their eyes. The issue is one that is felt in the real world as well, though the definition of racism is continually being tested and pushed far beyond the boundaries that once seemed to exist in a very well-defined box that people could recognize. The reality that so many things that are seen as commonplace can be used to label a person as a racist have muddied the word and the idea beyond recognition in the real world recently.

In the story however there is still the benefit of being able to see the effect upon the people that are afflicted by these negative ideals, though it does sound as though the creatures that feed off of the negative vibes given by racist and prejudiced ideals eventually get harder to track and take note of. That sounds more akin to the real world since the masks that people wear are a very effective way of hiding those that are in truth firmly set against others for nothing more than their skin color, religion, or any other factor that might make them seem like the ideal target. As a movie this idea could put a face to something that people have been struggling against and trying to eradicate for a long, long time. Whether it’s possible or not, it doesn’t seem like it really, is kind of beyond the point since the fight is what matters in this story and the end result seems to almost lean towards the utopia that people want to see instead of the reality that we’re given. There are likely to be a host of opinions that will emerge on this matter and a lot of them are likely going to say the same thing and will be seen to lean to one side or the other of the argument. In terms of the movie however one could say that it’s best to think of it as entertainment that’s trying to shine a light on a very real problem, not a how-to guide of what to do when it comes to racism.

When thinking about Bitter Root it could possibly be one of the movies that will be entered as one of the ‘woke’ pieces that people will flock to or at least hype up in a way that will seek to educate others as many movies have done throughout the years. At this point it’s hard to say just how effective it will be, but in time we’ll be able to say a little more without a doubt.