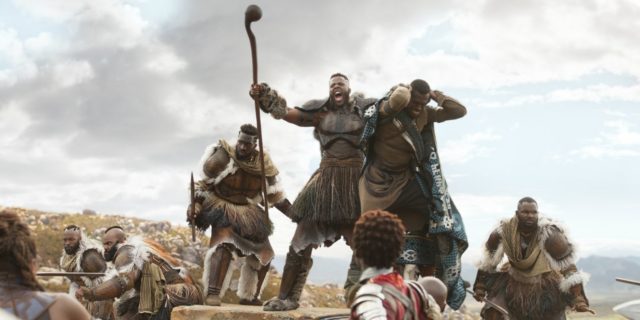 If you’re one of the people that continually checks the Twitterverse then you might already know that Black Panther has officially become the movie that’s been tweeted about the most, ever. It broke this record quite easily really since people have been talking about since before the movie even came out, and the current social movement has a lot to do with it. The inclusion of a black superhero, or rather THE FIRST black superhero in Marvel’s long history, was a long-awaited phenomenon that has only continued to grow bigger and bigger throughout the last five weeks. The movie has been topping the charts as it’s continued to attract more and more people to its banner and increase in popularity. At this point it might come close to or even top Star Wars: The Last Jedi, but there’s not a lot of hope that it will topple The Force Awakens. This has more to do with the fact that the franchise was begun long before there was ever talk of doing a Black Panther movie, and the time in between the original movies and TFA only created more and more buzz concerning Star Wars.

In terms of Twitter however Black Panther has reached past 35 million and just kept on going. People have been talking nonstop since before the release and this has bumped up its numbers to such levels that there’s no real idea just how much the earlier tweets factored into this record. It’s impressive though that so many people have been talking since in truth the movie felt like it left a lot out, though what was there was very well done. It’s easy to understand however that in a single movie there isn’t a lot of time to go into absolutely everything. Those that have never seen or heard of the Black Panther might have thought that the movie was well done and didn’t need much more to be this great. But fans that have been following the vibranium-clad hero for so long no doubt noticed a few discrepancies.

That’s be expected really, since the vision that comes to the director and the comic book canon have hardly ever seen eye to eye entirely. There will always be something that might not look right or work as well when it’s transitioned from the comics and there will always be directors whose ideas tend to seem more important than keeping the full integrity of the story. But in this case it didn’t seem to matter as the fervor of the entire thing washed over people without stopping as they’ve flocked to the theaters and made Black Panther rise in a way that wasn’t fully expected despite the high anticipation that it would be something special and unique.

There’s no telling how long it will hold this Twitter record but chances are that it will continue to do so for a little while. As far as the box office goes it could start to decline just a bit since it’s been at the top for well over a month. It won’t go away as quickly as TLJ obviously, as people are still excited about it even now.