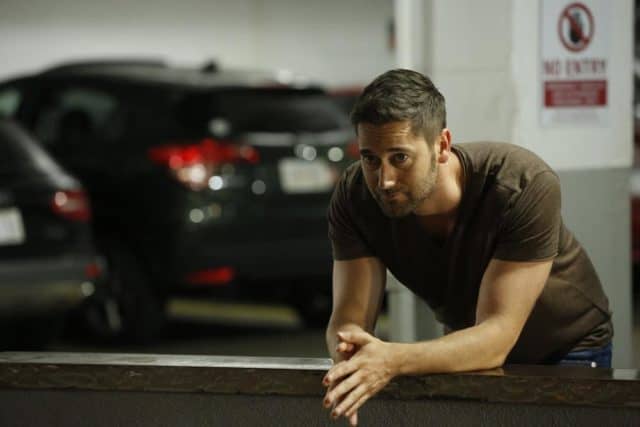 I want to again apologize for the tardiness of my review. But, if you would like to see them come sooner, please fire up your tweeting thumbs and harass both DirecTV and WTHR in Indianapolis. They’re fighting right now and one of the many costs is lack of timely reviews. However,Â The BlacklistÂ has stayed hot into week two, even though I have some qualms with some of the way they’re handling things. By Season 5, I never expected that they could continue to create such a compelling show, but I’m happy to eat crow in this case.

First, I’m more than pleased with the Tom Keen story. I was a strong advocate of not bringing him back afterÂ The Blacklist: RedemptionÂ was not renewed for a second season. But, they decided to bring him back to the flagship show and so far his story has been extremely compelling. Without Liz’s parentage “mystery” surrounding the show, Tom finding out who the bones belong to and why Reddington wanted them hidden is a more than adequate replacement. I’ve always liked Ryan Eggold and I’m glad this story is working out.

As for the rest of the show, I have my qualms but they’re all minor. Officially one week after I was so pleased that Ressler, Samar, and Aram were all going to have great stories this season, not a single one was addressed. They all fell on the backburner to help Reddington rebuild his criminal empire. I understand that James Spader is the star of the show and the general public is interested in all things Raymond Reddington, but as someone who has been watching this show awhile, I’m desperate to see stories from more characters. On the flip side of that same coin, though, Dembe seemed much more prominent and active than usual, and it’s always good to see him say more than “Yes, Raymond”.

There was much that pleased me about “Greyson Blaise” as a whole. Namely that star ofÂ TURN: Washington’s Spies,Â Owain Yeoman, flawlessly played the white collar blacklister. It was wonderful to have him back on my TV screen so soon. But aside from that, the one-off story surrounding Greyson Blaise was high stakes and twisty, something that not every Blacklist episode captures. Reddington gaining his trust and then burning him was a delightful heist driven story with high stakes, and supplemented by Yeoman’s bravado. Yeoman and Spader worked well together and since Greyson Blaise only went to jail, I hope to see him again.

Overall, this was a strong episode. If they improve the way that I hope and think they will, Season 5 is shaping up to be excellent.

The Blacklist airs Wednesdays at 8/7c on NBC