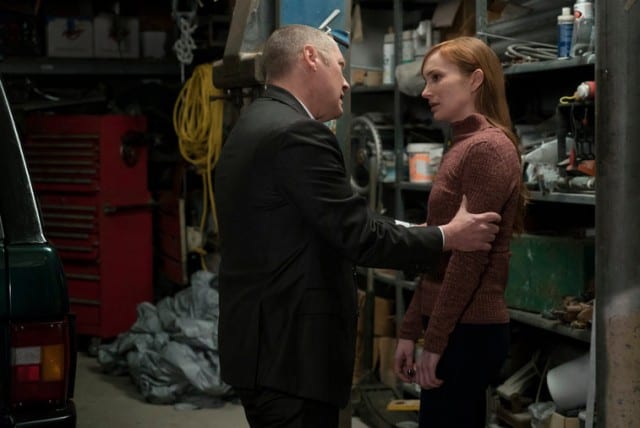 The Blacklist,Â in its three seasons, has never done an episode like this. Even though some episodes have leaned into the serialized story, while barely scratching the surface of the week-to-week procedural format, “Cape May” was the first episode to abandon the procedural format completely. This episode delved entirely into Reddington’s past, and at the same time, his psyche.

This week onÂ The Blacklist:Â Reddington, after a conversation with Liz’s doctor, heads to Cape May, New Jersey. Soon after, he sees a woman dive into the ocean, and rescues her. What follows is a combination of past and present, as Reddington tries desperately to come to terms with Liz’s death.

I’m not going to lie, for more than half of the episode, I was confused at best. It took me awhile to figure out exactly what approach this episode was taking. I was pretty sold on the idea that he was hallucinating, But usually, episodes in which I have no idea what’s happening get shut off pretty quickly. That was definitely not the case here. On the contrary, each move made by Reddington and then the mysterious woman (revealed later as Katarina Restova, Liz’s mother) got me more and more invested in the story. I didn’t know what was happening, but I desperately wanted to, and that was a huge credit to the writers.

James Spader carries this show. It’s incredible. The way he maneuver’s through the wide array of Reddington’s emotions is absolutely breathtaking. To feel along with Reddington the pain of his loss, the heartbreak, and, especially, the realization that he had been imagining and reliving all of the things he went through at Cape May. I genuinely hope that Spader is remembered come Emmy time, because he’s an absolute revelation. There is no character on television like Raymond Reddington, and Spader embodies the character.

I missed the rest of the cast in this one, but not as much as I thought I would. “Cape May” was an excellent solo piece. It captivated, intrigued, and painted a wonderfully morose picture of Raymond Reddington. I wouldn’t be mad if more and more episodes explored the characters in this way. Reddington’s experiencing some real catharsis here, and it was fascinating to watch.

So what happens next? Do they get the guy who killed Liz? Or do they find out Liz is alive? Or IS Liz alive?

The Blacklist airs Thursdays at 9/8c on NBC.

Reddington visits his past, both literally and figuratively, in this week’s stellar episode of The Blacklist.