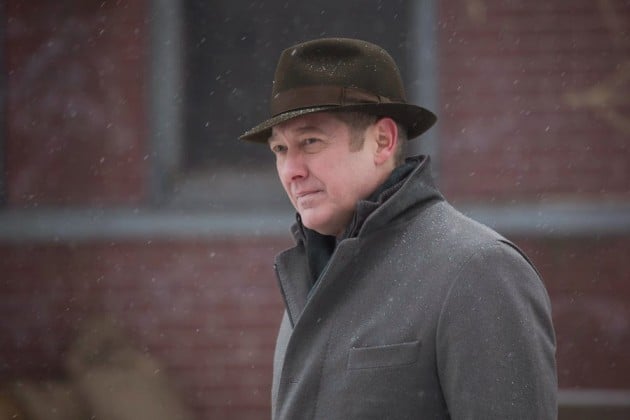 Whew. When it’s on, NBC’sÂ The Blacklist can be quite the thrill ride. This week, it was most definitely on.

On this week’s episode: Agents Ressler and Keen follow a lead to Uzbekistan on a blacklister who has kidnapped a CIA agent. Reddington has already arrived there and integrates himself into the negotiations for the hostages…on the opposing side. Meanwhile, while Cooper is trying to keep the CIA at bay on the home front, Aram tries to figure out how the fulcrum works. Also, the man that Tom Keen killed on the boat in the harbor is reported missing, and Elizabeth is implicated in his disappearance.

Just from that synopsis, I believe you know how crazy this episode really was. I really enjoy a lot about this show. There is a good cast, a compelling, over-arching story, and the procedural element isn’t necessarily dominant. James Spader is a brilliant lead, and the cast around him fits the roles they are in. I love Agent Keen’s back-story, the FBI task force’s characters, and the way that they parade famous guest stars in like it’s no big deal. Overall,Â The Blacklist is just a really fun show to watch.

Of course, I love the action, but that is kind of a given when you watch this show. If you don’t like action, chances are you don’t like the show. I’m going to highlight just a few of my favorite elements from tonight’s episode. Number one: Ressler and Reddington’s rapport (see what I did there? Cute right?). If you’ll think back to Season 1, Ressler literally lost the love of his life, twice, because of Reddington. Ressler spent a pretty large portion of his life hunting Reddington, and now they’re on the same team. The scene in this episode where they went to dinner without Elizabeth (because she’s still upset over the whole “fulcrum” thing) was one of the more brilliant scenes they’ve had in the show thus far, because it showcases immense growth in both characters.

Another really great element of this episode was the missing persons case that Agent Keen was implicated in. For one, I LOVED that it didn’t just go away. When a show’s characters have to deal with the consequences of what they’ve done, a show becomes ten times as interesting. Granted, Elizabeth didn’t actually kill that guy, but she was able to admit that she was holding Tom, and that Tom killed him. I had honestly totally forgotten about that guy (the dead one) until I figured out about halfway through the opening scene what was happening. When I figured it out, I was immediately sucked in further to the case. And when that guard that Elizabeth had hired led them to the body, I knew we were in for an interesting arc.

Finally, I just can’t go a whole post without mentioning how brilliant James Spader is as Ray Reddington. I mean, I know he’s been nominated for a couple of Golden Globes and whatnot, but seriously. He’s stunning. Before hisÂ roleÂ on The Blacklist, the last time Spader had a regular role on a TV show was his (a little longer than) one season arc on The Office as Robert California. My how he has created a departureÂ in that time. Â I’ve been absolutely blown away by everything that Spader has done in this series. He can be serious, he can participate in the thick of the action, and he can make you laugh. Sure, the whole premise of the show is about Reddington, but without Spader? There is no Reddington.

The only minor quibble I had with this episode was the “Elizabeth is mad at Red again” story. She’s been mad at him quite a few times in the last season and a half, and I don’t see that changing. For once, they need to fuel the fire, and make a central conflict between Red and Elizabeth. Megan Boone is a great actress, and can really hold her own with Spader. When they find great stories for the both of them, the show is at its absolute best. For the most part, I have no complaints about the direction the story took this week.

On the whole, another really strong effort byÂ The Blacklist this week. I can’t wait to see how the stories resolve. I’m more than satisfied with the characters and the arcs they’re in, and I’m excited to see how it all continues. I’m sure that the next 11 episodes will be just as exciting as the first 11.

What about you? Did you enjoy this week’s episode? Or was it a letdown from last week’s two-parter? Let us know!