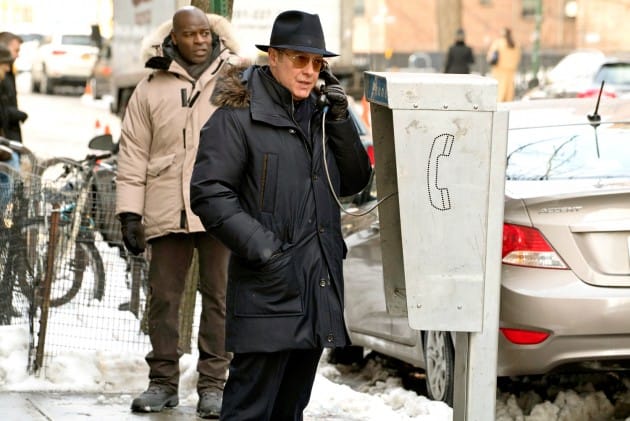 One of my favorite elements ofÂ The BlacklistÂ is the way that they explore moral gray areas. Reddington has done bad things, but isn’t a “bad guy.” Keen, Ressler, and the crew have done great things, but they aren’t “good guys.” Moral gray areas are one of the backbones of the show, and that element really shone through in the central plot this week.

On this week’s episode: Elizabeth gets in deeper during the harbor master investigation, and Ressler tries to keep her calm. Reddington and Elizabeth provide equal parts intel on a big case of brutal murders involving “The Deer Hunter.” Reddington also blows off an important meeting to save Elizabeth from prosecution.

The Blacklist is at its strongest when it does two things. One, when it explores the morality within their world, which is eerily similar to our world. Two, when Red and Elizabeth are at the forefront of the action. Both of these elements were in play this week, and it made for an excellent installment.

In any art form, exploring the moral gray areas of the world we live in can be complicated. But when the stories are told well, they can be some of my favorites. This week’s episode ofÂ The BlacklistÂ was a prime example. Agent Keen did not murder that harbor master. She knows that she did not murder him, but she did not kill Tom, and Tom killed him. Does that make her responsible for the man’s death? Keen says yes; Ressler says no. The show does not provide a clear stance, and we are left to our own gut feelings. The central theme echoed here was paralleled in the case of the week. This woman (beautifully portrayed by Amanda Plummer) was married to a serial killer. When she finally discovers it, she’s able to get the drop on him. Then, she BECOMES him. She mimics his killings, but only in order to save victims of domestic violence from their abusive husbands. In HER mind, she’s a good guy. In the FBI’s Â mind, she’s a bad guy. It really makes you think. I’m sure you all have an opinion on it that differs from the next. My fellowÂ DexterÂ fans may have been more sympathetic to a serial killer, while fans of cop shows may have sided with the FBI. It’s an argument that could be had for ages without ever reaching a conclusion. All in all though, a well-documented moral dilemma presented by this episode.

I can’t go a week without doing a little raving about James Spader. I know I continue to harp on this but I can’t help it. Even in episodes where he’s barely seen, he creates such a strong presence for his character. Reddington is powerful, ruthless, and manipulative, but he’s also kind, gentle, and hilarious, depending on who he’s talking to. I LOVED his interactions with Aram in this episode. The comment about having a “mane” like his when he was younger? Brilliant. Classic James Spader. He also used the kindness and wit that his character possesses when he needs Aram’s help later. When he gets Keen out of her scuffle with the law, he shows another side of his personality. In many shows, the scenes I just described would have only fit with two different characters, but Spader’s Reddington has the perfect amount of layers to continue to keep the show compelling.

Megan Boone also deserves an MVP this week. When the show first started, they were heavily reliant on Spader to do the heavy lifting in scenes. However, lately they have been focused on Elizabeth and that is not a bad thing at all. She’s really come into her own as a character, and Megan Boone has grown into her shoes quite nicely. There is no better choice to illustrate the moral dilemmas on display in this episode than Megan Boone. She’s done a beautiful job so far, and I can’t wait to see what she does next.

Overall, another strong installment ofÂ The Blacklist.Â I’m so excited by where this story has the potential to go, and I can’t wait to see it executed.

What did you guys think? Did you enjoy this episode as much as I did? Let us know!