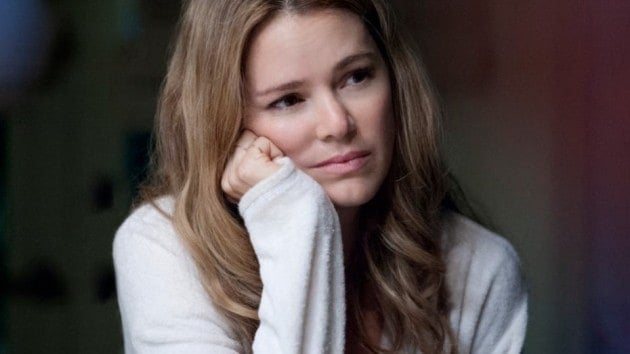 After his office/crash-pad at the marina was broken into and burglarized and he had been brutally beaten, this episode of Bloodline opens withÂ Kevin being brought back to consciousness by his employee, Jake, who helps him out and calls an ambulance. The incident is still a blur, and the second youngest Rayburn is not yet aware of the full extent of the damage the property sustained or that money has been stolen.

Meanwhile, Eric, the perpetrator, meets with Danny at a bar, where the eldest Rayburn is having a drink and getting in cahoots with Rafi, who offers the two old friends another job. They accept, and as they make their way towards their new task, Eric offers to split the cash he subtracted from Danny’s brother, but he declines, which is strange given the fact that Danny had explicitly claimed that he needs money, and his standards are too high enough to refuse bloody dough.

Rafi leads the best friends and crooks to a shady part of town, and they make their way to a cockfight, where aside from all kind of illegal activities taking place, Danny spots Carlos, the former employee of the inn, who Meg is trying to help get out of trouble. The same man that Danny saw his mother give money and an affidavit in support to. As it turns out, Carlos is not just betting; he is also drinking. Danny calls him out on that, and it becomes clear that he despises the man, probably because he cannot fathom his family helping a stranger. After all, they did turn their backs on Danny, their own blood. Carlos works very well as another moving piece that enriches the drama puzzle that is the Rayburn family.

In the meantime, Kevin is at the hospital, where he is informed that he has three cracked ribs. When asked as to how he ended up sustaining those injuries, he lies and says that he got into a fight; however, the doctor doesn’t believe his account and tells him that if he was assaulted, he should press charges. Although he’s in a great deal of pain and feels humiliated, Kevin decides against it, which at first seems like it’s a choice made out of pride.

Back at the inn, Danny discusses the family business with his mother and tries to talk Sally into having new, improved menus at their restaurant. She initially protests that what they have been doing before has worked, but of course, it was all Robert’s idea. Danny assures her that they can get cheaper food from other providers, change their prices, and make more money, and she finally agrees.Â It is refreshing to see Danny being proactive; however, trouble is on the horizon, and him getting his mother and the inn involved is worrying.

Speaking of trouble, Rafi talks to the man who was going to serve as a witness in the case against Carlos and makes a deal with him. With the testimony out, Meg’s case ends, which she tells her client, but the problem is that instead of having his freedom back, the on and off recovering alcoholic finds himself in a delicate position as Danny “hires” him to help around the hotel, which in other words means he will be covering for the oldest Rayburn while he gets involved in illicit endeavors. This is substantiated when, later on, Danny and Carlos unload fish from a boat, and subsequently, it is revealed that at the bottom of the fish crates Danny is hiding cocaine.

Meanwhile, John and Marco keep trying to find someone who can tell them anything about the Juanita Doe case. They go to an auto service shop, and as they show the picture of the missing girl to one of the employees, he first says he doesn’t know her. It takes him a beat to claim so, causing John and Marco to dig deeper. They flash the man the image of the girl whose body was burned, and as a result, the mechanic starts crying. Marco tries to console him and assures him that he and John are not interested in deporting him (Enrique Murciano speaking in Spanish adds a very nice touch), causing the man to open up and admit that in an effort to bring his family from his home country (Guatemala) to the U.S., he made a down payment of $3,000Â to a man, and was supposed to pay the same amount again once he was reunited with his daughter. He adds the obvious: the girl never made it to him, and he never saw or heard from the man again. For obvious fear of being sent back to Guatemala, the now grieving father never called the police. This scene not only helped the Juanita case, which is one of the least enjoyableÂ elements of Bloodline; it also reinforces the concept of the show, where more than one family’s blood is shed.

It was touching to see how Marco, who is, just like the mechanic, a Latino man, handled the situation. To add to that, I adore the fact that the detective is accomplished and good-hearted. While many–not to say most–shows fail to represent the Hispanic culture properly, Bloodline provides a good (although perhaps under developed)Â example.

Adding to Marco’s arc, later that same day, Marco is shown at his niece’s “QuinceaÃ±era,” talking to his family, and when he’s asked about Meg, he explains that she is working. Then he decides to dance with the birthday girl, and all of the sudden, Meg is in attendance, surprising everyone, especially Marco. Ecstatic that Meg finally seems to remember that he, too, has a family and that she should try to be part of it, Marco is impressed by the youngest Rayburn and asks her to marry him. Naturally, Meg and Marco are a bad idea; however, I enjoyed the contrast between the Diaz and the Rayburn families.

Back to the Rayburns, they all gather at the hotel, where a number of topics are discussed. To begin with, Kevin explains what happened to him and casually admits that Belle and him are no longer together. He also makes a point about not reporting his violent incident to ensure that he doesn’t jeopardize his chances of getting a loan. With all the Kevin-centric problems laid out, each Rayburn has a different reaction. While John still believes that an investigation needs to take place, and is shocked about the divorce, Meg’s gut tells her that Kevin was the target of a personal vendetta,which supports Kev’s theory about Nick Widmark being behind it. Danny agrees with Meg but doesn’t say much.

Later, the Rayburns celebrate Meg’s engagement, which causes Danny to bask in his power over that couple ever making it to the aisle, since he can still spill the beans about his sister’s affair. He then takes John out for a drink, which becomes one too many and, eventually, takes his brother home. Once at John’s, Danny makes enough noise to wake the family up, causing Diana and Jane to see the sheriff in bad shape, which Danny enjoys. Diana puts her husband in bed, and then asks her brother-in-law to leave, which he doesn’t appreciate. Danny exits the house slow, keeping his eyes on Diana, an action done with such intensity and menace that causes an enormous amount of tension. MendelsohnÂ is a pro at establishing dense environments.

The next day, Diana tells her husband that she doesn’t want Danny around them and the kids. John tries to excuse his brother and takes the blame for his own drinking, but then his wife explains that Danny’s behavior was borderline aggressive towards her. She just feels something is wrong with him. John is abnormally impartial to this information.Â

Since the physical pain is not enough for Kevin, the woman in charge of granting the loan goes to see him at the marina and informs him that she has been privy to the break in (it’s a small town). As a consequence, the bank needs to access the damages the property incurred, which will delay the process 90 days, making Kevin lose his window to close his business with Widmark.

Later, Danny, who knows that he has not been cut back into Robert’s will since inebriated John is a blabbermouth, confronts Meg. He reminds her that he still has leverage over her. Meg simply assures him that he will get his part. It is palpable, though, that Meg is not just scared that Danny will give her secret away; she seems scared of him.

Back to the Juanita Doe case, the father of one of the burned girls points his fingers at Rafi, Danny’s new associate, as the man who took the $3,000 down payment. Meanwhile, Rafi, Danny, Eric, and Wayne meet, and after Danny delivers the cocaine, which as it turns out, was actually sugar, the men are officially in business.

“Part 8” is clearly the episode where Danny shows both how dangerous and successful he can be. He managed to sabotage Kevin’s business plan and got his revenge over the Chelsea one night stand. He also made sure that John got in hot water with Diana, threatened Meg, found himself a lackey, broadened his business, and even charmed his mother further. Danny could be a character onÂ Revenge.

The episode closes with a fast-forward in which Kev hands John the now infamous untraceable gun, while the sheriff’s voice-over explains “Danny turned us into that family you don’t want to be. He made a big mistake, and we’re all paying for it.” In all honesty, John might be partially right. However, I have to give it to Danny: he has been outsmarting everyone.

– Ben Meldelsohn. This is his episode. He has been a constant MVP for Bloodline, but the show’s eighth installment is the one where Danny attacks on multiple fronts (and attacks multiple people) and is successful, single-handedly. Meldelsohn’s performance is riveting at every turn.

– Enrique Marciano was a nice dark horse in this race. Hopefully, Marco will become a more developed character as Bloodline continues.