Home
Movies
Blumhouse’s The Exorcist 2 Might be Released in 2023: Who Will Direct? 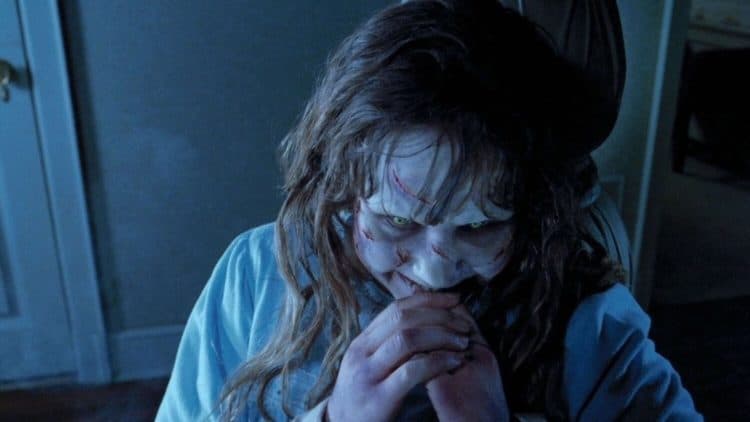 David Gordon Green is one of the most popular American filmmakers. He can be credited for the fame of George Washington, All the Real Girls, Snow Angels, Undertow, Pineapple Express, Your Highness, and The Sitter. Besides, David Gordon Green directed some episodes of the comedy series Eastbound & Down, Red Oaks, Vice Principals, and The Righteous Gemstones. This time, he is bringing forth an exciting project. Universal Pictures has announced its plan to release The Exorcist 2, which is a direct sequel to the 1973 original. The movie is being directed by none other than David Gordon Green. It is expected to release in 2023.

When was the original movie released?

It was released years ago. In 1973, The Exorcist became an immediate sensation among the world’s audiences. It was a classic that got more than nine Academy Award nominations, one of them was for the Best Picture. Blumhouse Productions’ The Exorcist 2 will hit theaters two years from now. I know it is too difficult to wait for the movie especially when The Exorcist had been a big and unforgettable movie. It spawned four sequels. They were released from 1977 to 2005.

It is too early to give any word in this regard. However, we have been told that this movie will follow the new Hollywood trend. Producer Jason Blum and his production company Blumhouse have joined hands with Universal Pictures to successfully bring back the Halloween franchise. To make things better than before, they have ignored all the movies in the series excluding the original movie of 1978.

Halloween was released in 2018. This movie got favorable and satisfactory reviews from audiences and critics. It grossed more than $250 million at the global box office. It is worth mentioning that Universal Pictures is working on two different sequels. The first one is Haloween Kills that will be released in October 2021, and the other one is Haloween Ends that will hit theaters in October 2022.

According to The New York Times, the Blumhouse sequel to The Exorcist has been set for 2023. David Gordon Green was previously in the headlines for Haloween. This time too, he is making the rounds along with Ellen Burstyn. Ellen will reprise her character as Chris MacNeil from the first movie. A new face is joining the cast. Can you guess the name? Well, it is none other than Leslie Odom Jr.

Universal Pictures is going to distribute The Exorcist 2. It is hoping to launch a brand new trilogy of films, which will be alike its Halloween revival.

I know that it is too tough to wait for The Exorcist 2 to hit cinemas. However, David Gordon Green is going to direct the project; and like all his previous movies, this one is expected to have a lot of entertainment and a unique story. Obviously, it takes a filmmaker like David some time to work on a megaproject. Thus, the release date of 2023 looks reasonable to me. I don’t know about you, but I will wait till then for this movie.

In the meantime, you can go to the cinema to watch Haloween Kills and Halloween Ends, which will be opened in 2021 and 2022. The two movies were shot back to back in 2019. What is the reason to delay them? If this question is striking your mind, let me tell you that these projects have been delayed because of the COVID-19 pandemic.

The script of The Exorcist 2 is ready

Now coming back to The Exorcist 2, let me tell you that the script is ready. David Gordon is preparing the work for this movie and has said that its script is ready. In the meantime, he is busy completing the Halloween sequels and is giving them the final touches. This means Green is very busy nowadays and may remain busy with his mega projects for the next three years.

Obviously, the Halloween sequels will be released this year and in 2022, and after that, David will have to work harder and must pay utmost attention to The Exorcist 2. Neither he nor the production house can compromise on the overall quality and charm of the movie.

We are not sure about the opening date of the movie. However, it looks like Universal Pictures is fond of distributing its projects in the month of October. So we can expect The Exorcist 2 to be released in October 2023. Hopefully, it will become one of the most successful, highest grossing, and biggest movies of that year and in the life of David.