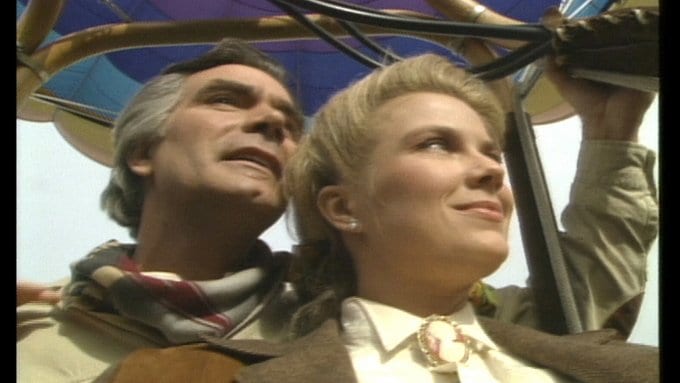 The Bold and the Beautiful fans love a good throwback, and this week all about Brooke Logan is a moment that will never been forgotten. She is played by actress Katherine Kelly Lang, who we all got to know a bit better earlier this week. She is among the two original cast members who still star on the show alongside her father-in-law, Eric Forrester. They have both been on the show since it began in 1987, and they are good at what they do. This show today is a special one. It’s the one that is considered the 5000th episode, and it takes place inside the Forrester Cabin. So many things have happened inside that cabin that are beautiful, horrible, awful, special, and all around memorable, and this is one of those days. We will see Brooke outside the cabin where she is afraid to go inside. Ridge is in there along with his mother and father. She doesn’t want to go in because she knows his mother hates her. However, they decide to spend one day not being awful to one another, and the entire show is them reminiscing about all the things. We thought we might reminisce about some of our favorite early moments with Brooke, too.

It should surprise no one how she managed to get into a life with Ridge Forrester at the beginning of her time. She was the oldest Logan sister, and she wanted to meet this handsome playboy from the most famous family in town. Her mother happened to be catering an event that they were doing, and she asked to help her mother. She knew he was the one for her, but there was one small issue. He was already engaged to be married to someone else. That someone else was Caroline Spencer, and she wasn’t about to let that stop her. Brooke decided that she would find a way to make him hers.

She befriended Caroline thinking that it would get her closer to him. She hid a letter he wrote to Caroline telling her how much he loves her, and she worked with Thorne to keep them apart. Additionally, she also ended her own engagement with a police officer who was perfectly nice simply because she knew she would never be happy with a police officer’s salary.

The best thing that happened to her was when Thorne decided he would try to make things work with Caroline, and they did work. He was there for her, he was there for all of it, and they worked together. Brooke and Ridge were able to fall in love, and she was pregnant, but lost their baby. When that happened, Ridge was so crushed he went back to Caroline. That didn’t work for Brooke. That’s when Brooke was horrified to find out that Ridge married Caroline. She turned to his father, got pregnant, and that was that and they married.

When Caroline tragically died, Brooke thought that this might be her time. She might finally get to be with the man she loved so much, but that did not work for her. She did not get to be with him because he met and fell in love with her doctor, Dr. Taylor. We all know Dr. Taylor as Steffy’s mother, so we also know how all of this went. It didn’t go over well at all. She was still married to his father, though, and Ridge didn’t want to be part of that when things didn’t go well for Taylor. But, Brooke was already pregnant again, and she thought the baby was Ridge’s baby — though that baby was actually Bridget Forrester, Eric’s second baby with Brooke.

That was just the beginning. There was still no marriage for Brooke and Ridge. There were so many love triangles and issues in the way, and there was Taylor and Stephanie and everyone else, but it would be years before they finally had a chance to be married to one another, though it was never happy for the two.