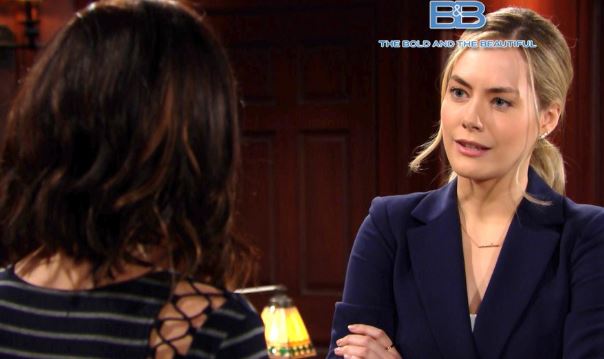 The Bold and the Beautiful fans are not always big fans of the people who come onto this show. We can remember there were times when we saw someone show up and make an appearance that we did not like. We could remember the times that we didn’t think things would work out at all between others, and there were times that we thought we might just have a moment when we hated someone so much we’d just stop watching the show. There are men and women on here who make poor choices, who do things we do not love, and who make their own mistakes. We also know that there are times when people are just as simple as they can be. We aren’t sure that there is anything else we can say, but we can say that there are a few people who came around here and we did not like them. And then we did.

What’s funny about Bill is that we didn’t like him when he first rolled into town. He was not the kind of man who was good enough for us. He was a troublemaker who was looking for a situation to create with the Forrester family. He was a jerk. He was someone who made us very unhappy, and he was someone who did not make us feel good about him at all. But then there came a day when we realized we just love him and all he stands for. Perhaps it was that moment when we realized that he is just the kind of man who likes to do what he likes to do and he makes no apologies for it. He’s not worried about who likes him, who does not like him, or what is going on in his life. And we love that about him.

She’s the kind of girl who came in about two years ago and made a big splash. She was there to help her grandmother with her business, and she ended up making it fall completely apart. We did not like her and her lying ways. She made mistakes, she took down people we didn’t like to see her mess with, and she was generally unlikable. Yet she changed right before us. She seemed to realize just a little bit too late that she’d made some mistakes and that she was responsible for making sure that no one was able to get over those, and she did a great job of that. She did not make it easy on anyone, and she did not make it simple for the world to make her a friend. But she did it, and now we love her almost as much as we love people who have been around for much longer. She seems to have found her way, and we love to see this side of her — or perhaps we love to see her with the people we love to see her with. Can anyone say Wyatt?

When Taylor first showed up all those years ago, no one was a fan of hers. She was a doctor who no one really paid much attention to until she fell for Ridge. And then that ruined everything that fans wanted to see with Ridge and Brooke, and then everyone was all kinds of sad and crazed. They didn’t like her at all, and many still do not. She’s not the most likable person in town, but she is a person who is not going to allow anyone to do much else than sit back and focus on what is good in her life. She is simply not the kind of person who is going to leave town and not come back to see her daughter, but she’s made some fans over the years. We aren’t entirely sure when things changed for the better, but she managed to rope us in and now we are all fans. We love to see her show up and visit her daughter and now her daughter’s baby, and that makes us happy. She’s here now, and that’s something we are all enjoying as we move on with our lives.