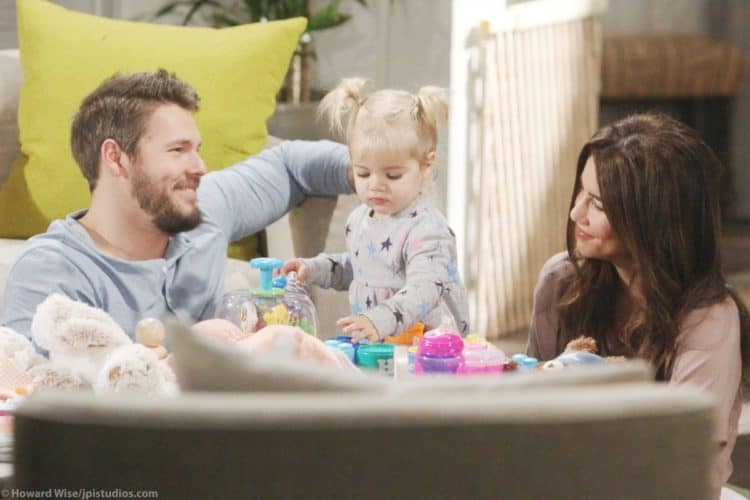 Bold and the Beautiful fans are well versed in the concept of big couples who do big things. But, that doesn’t mean anything other than the fact that they are going to capture our attention and then bail on us when things get rough for them. We see them for what they are, which is a mess. They have too much drama, too much going on, and too much history with those around them. However, we have a feeling that some of them might just work out a little better if they just moved out of LA and didn’t come back. Like, delete all social media apps, move anywhere else in the world, and don’t bother coming back to town when things are getting rough. We think these couples have the ability to make things work long-term if they just did that. Let us know if you agree that these couples have a much better chance of making it work if they left town.

When these two were left to their own devices and Quinn was not all up in their business, they did well. They had so much going for them, and they were able to make things work well for one another. We think that they have all it takes to live a simple life in which he runs his business, she designs beautiful clothing, and they aren’t bothered by his family. Hers ignores her and leaves her to her own devices, but his is just too much. They are happy when they don’t let anyone else inside their bubble.

These two have a chance to be happy, but it has to be without her sisters and without Ridge. If she can get rid of Brooke and keep her out of their life, they have a chance at making their marriage work. If she is gone and simply not a part of their life at all, he wouldn’t think of her and make any effort to be with her. Brooke makes it hard on him when she’s all up in his business and confiding in him and being around him all the time. It’s impossible — not that it’s an excuse — but they could do well without her in their lives ever again.

This didn’t work for them. And, she’s gone now. But, if things hadn’t gone the way that they did and she hadn’t passed on, we think that they had a chance of making things work. You see, we think that they could have gotten out of town and retired. We see them being big fans of those month-long cruises around the world where they simply live on a ship and enjoy the luxury of being taken care of all the time without any effort or any outside communication. We think that they would have thrived in a life like this one in which no one they knew could bother them — ever.