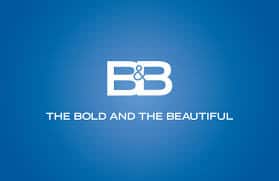 Bold and the Beautiful fans are not all that happy about the many things that are going on right now, and there is a lot going on that has to do with this show not being seen. You see, the impeachment hearings are taking over all the networks right now, and everyone is a little upset by that. Your favorite show has been interrupted in its entirety more than one time lately. Things have been pushed back. Things have been completely cancelled, and things have been completely ignored as a result. More frustrating is the fact that our job is to bring you the spoilers you want to see so you know what to expect (who likes surprises, anyway?) so that you know what’s coming, and we’ve been so off more than once lately. When a show is scheduled to air on a specific day, we bring you what we know. When that show is cancelled in its entirety and moved to following day, we have to change things up, but sometimes what’s out is already out.

What this means for fans is that you’re seeing spoilers that might not be entirely accurate. You might see us say something will happen on Monday but it doesn’t happen until Tuesday, and then you’ll see that everything is a bit off. Or, in some instances, what is meant to air on Monday won’t air at all for days. It’s a frustrating turn of events for everyone, and we are aware of that. We are working diligently to bring you what we know about what is scheduled to air when it’s said it’s going to air, and then change it up when we see that things have changed. This might mean the same spoilers two days in a row, and for that we apologize. On the other side of things, we may have brought you other information that was meant to be out but hasn’t yet aired as a result, and we are working on that, too. It’s a tough time for everyone, but especially for fans who just want your shows back.

At the moment, we know that CBS likes to air their episodes online as much as possible. The app is another great place to catch up if you didn’t get to see something because of the impeachment, but there is a lot more than just that going on, too. There is a lot more going on that might make things more difficult, but we work hard to see if things can be rectified. CBS has not made any official announcements about how they will continue to handle things. They did, however, bring some of stars onto their social media pages to tell you where to go watch the show if you live in certain cities. Our best advice is that you continue to check the app, to check the online site, and to hope for the best.

The Bold and the Beautiful twitter page does have a quick video of one of their very own with a short promo about how you can watch the show right here, if you click on the link. That one is for the episode that was completely missed on television, but there is not an official response to how things will be handled from now on or what we can expect as the impeachment hearings continue. In the meantime, and until there is an announcement of any sort, we will continue to bring you what we know and what is meant to be aired, and we will try to keep up with all the changes until things are official. As they are currently unofficial, we will work on the assumption that things are still being aired and things will not change as a result until we hear otherwise. For now, check the CBS app, go online, or look at CBS All Access to see if you can find the latest as things are given to you online. There’s a lot more going on that will be announced at some point, but CBS cannot keep going on as they have been and have things interrupted constantly without a change or an announcement of some sort.