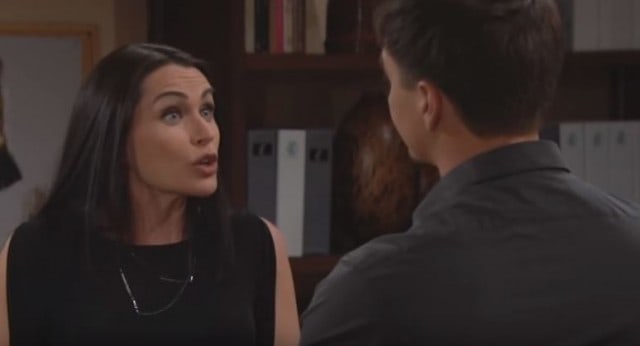 On Wednesday’s episode of The Bold and the Beautiful, we saw a lot of miscommunication. It seemed to be the theme of the day as everyone continued to miscommunicate their real issues and their problems by not just being honest in the first place. We will begin with Liam and Steffy. By now, we all know that these two are over thanks to Liam walking in and seeing his brother Wyatt holding Steffy while they both slept. She’d been upset that Liam flew to Australia with Ivy and Wyatt was there to be a friend to her, a shoulder for her to cry on. Except that everyone knows that Wyatt is desperately in love with Steffy and has all the ulterior motives in the world working at the same time. Liam’s first miscommunication is not telling Steffy that he saw this. Instead, he’s been alluding to the fact that he saw something that she ruined any chance they have. He wants her to confess so that they can work through this but she has no idea what he’s talking about because he neglected to mention he saw them together.

Now he’s in his office packing everything he owns and planning on leaving. She is in there with him begging him not to go. She tells him that she knows he still loves her. Liam says nothing, and he even lets Steffy grab him by the face and kiss him. He’s still in love with her, but Steffy is worried that Liam is still hung up over Ivy. He tells here that there is only ‘one girl’ he cannot get over. We think he’s referring to Steffy and the girl he thought she was before he found her curled up in his brother’s arms. Of course, Steffy still doesn’t know he saw that so she’s unsure if he’s referring to Ivy or Hope. She’s convinced it’s Hope since he says to her that it’s not Ivy.

Meanwhile, Quinn continues to butt in where she is not wanted. She tells Wyatt, who is in his own office, that he has to go get the girl if that’s what he wants. He agrees with his mother, but tells her that while Steffy is still hoping for a reconciliation with Liam and hung up over him, he cannot move in and try to get her. His grand plan is to be her best friend, her person, her go-to. He hopes that be being there for her when Liam is not is going to make her fall more in love with him than she is with Liam. Once his mother exits his office, he seeks Steffy. If he cannot have her right now as she longs for her ex-fiance, he will do what he can to be close to her and be her friend. It’s almost nice, but his ulterior motives make it seem less so. 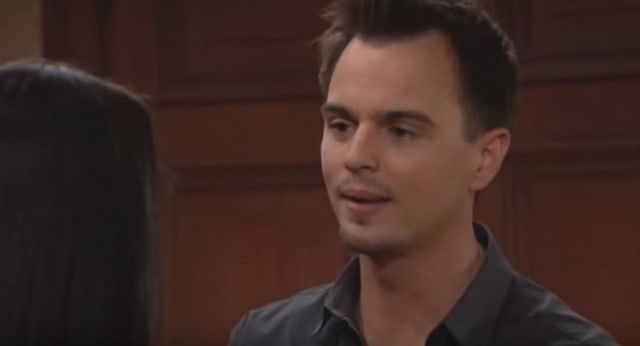 As for Bill and Brooke, there is nothing more going on here at the moment than the two of them constantly in the same room together as Katie at the office. They are always awkward and uncomfortable around one another, and it’s so obvious. Fans are left, once again, wondering after this episode how Katie has literally no idea that there is nothing going on between these two when you account for all the discomfort and weirdness between them.

Nicole spends some time alone with Zende on this episode. She confirms, being as she was caught in an outright lie by Sasha, that she did have them fired from Forrester thanks to her talk with Bill. She tells Zende that she doesn’t not trust him, but she’s jealous and doesn’t trust Sasha. Zende listens as she speaks, and then he wonders why he even bothers with her. She’s clearly jealous and out of her mind at the moment. While he knows it’s likely her pregnancy hormones, he also has not yet come to terms with this pregnancy and the fact that his girlfriend is a surrogate. It’s been an emotional experience for everyone involved, and he is not happy with the entire situation. He ponders their future while Sasha continues to plot. Now we wait for Thursday to see what will happen here.