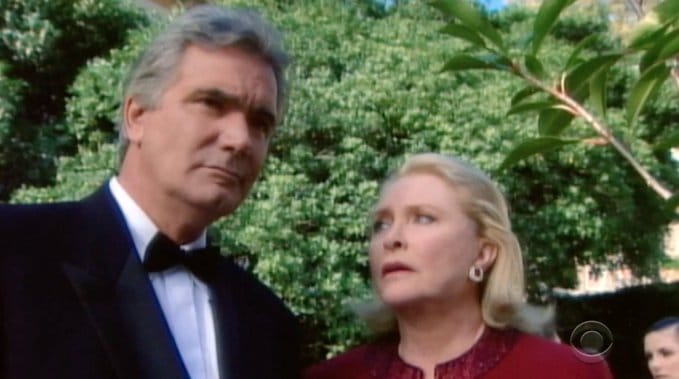 Bold and the Beautiful fans are loving everything that has to do with rivalry week so far. It’s been fun to watch some old feuds unfold. It’s been fun to see things go on that we already knew happened, but that we get to see from a different perspective. When you know that the people who are fighting with one another and arguing and working to take one another down so much in this time have already moved on to bigger things, better things, worse things, whatever things, you can see things from a different set of eyes. We love that. Like watching as Liam and Steffy talked about their happier times as he said goodbye to Hope. We know that this was not the end, even though they thought just that at the time. We love this, and it’s so good for us. Today, the rivals continue as we get to see another day of Quinn making a mess of everyone’s lives. She’s taking the lead on a fashion show. Ivy and Wyatt think she should do what she wanted to do in the show as a way of upsetting Eric, and Ridge wants to try and ruin all that Quinn worked for while Eric and Katie have a moment together watching the show in the same place. It makes us want to go back and talk about a few of the ways that Eric and Quinn evolved from mortal enemies to married couple.

Can you believe it’s been four years since they began dating? They were mortal enemies, but they began dating very quietly back in 2016. They didn’t say a word to anyone for some time, and they shocked their friends and family when they decided to go public with things. The problem was that she’d just kidnapped Liam by attacking him, causing his memory to fade, and pretending to be his wife while she held him captive in a cabin so that her own son could marry Steffy. Steffy wouldn’t have married Wyatt if she thought there was still a chance for her to be with Liam, so she took it upon herself to make sure that this would not happen.

Her family was upset because she literally just tried to kill Liam and held him captive and lied to him. Steffy and Ridge were specifically upset by this, and Eric did not care. He decides she’s changed her evil ways, he asks her to be his wife. His family does not show up at their wedding, so Quinn tells him she cannot marry him because she’s afraid he will ruin his relationships with his family forever if she does.

At the end of the day, though, Eric was able to convince her to get married even though Ivy was the only person from his family in attendance. They married, but it was not valid. However, they made it valid with Wyatt’s approval. However, when he confronted his family about their boycott of his wedding, he had a stroke. He’s been with Quinn ever since. She did cheat on him with his son, Ridge, at one point by stealing many kisses. Ridge was engaged to be married to Brooke — again — and things just didn’t pan out for them that time around.

Some of the issues in their marriage had a lot more to do with the other people in their lives than with themselves, save for that time Quinn was caught with Ridge. Shelia showed up and decided she was ready to be Mrs. Forrester again, so she tried all she could to take down Quinn. That didn’t work. Quinn caused some issues of her own when her friend from out of town came to live in LA with them and began seeing Ridge behind Brooke’s back, her daughter broke up her son and Sally, and then she decided to air a video of Bill and Brooke kissing in front of the entire family. We last saw that Eric is not happy with his wife for doing this to his family, and he’s not sure how to go about handling his feelings at this point.