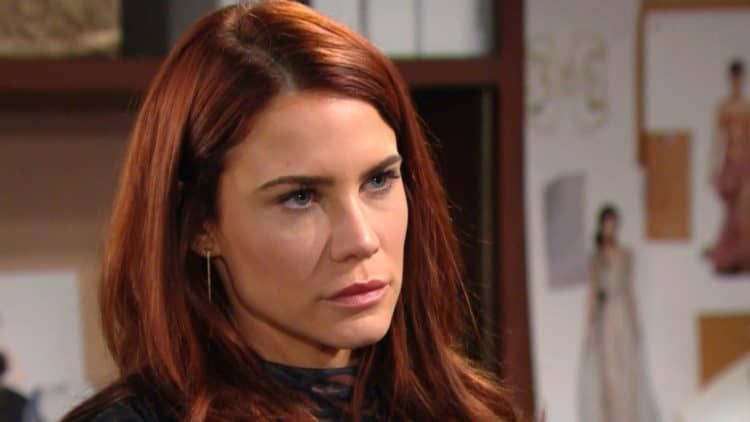 Bold and the Beautiful fans get their own theme week every single week, but that’s not the week we just had. In fact, we just had one of the most exciting weeks, in our opinion. We had celebrity week. But, the good people over in Genoa City on Young and the Restless had a pretty exciting week all about villains. And that means we are on the villain train. We are thinking about them, we are loving them, and we thought we might take a moment to look into some of our favorites in LA. We got to take a look at the elusive and awful Sheila Carter this week when she was a flashback episode in Genoa City, but we often forget she made waves across the country when she also came to LA and made some big problems occur in the lives of many around here, too. So, let’s take a look at some of our favorite villains across the board. Let us know if we missed your favorite.

She’s the single worst of the worst around here. She’s made a mess for a long time, and she’s had many people believing she was dead for some time. She’s got a thing for Eric Forrester, and she periodically comes back to town in an effort to see if she can get him back. She most recently came back to try and steal him from Quinn, but she doesn’t lose that easily. The first time she came here so long ago, she actually managed to get Eric to fall for her, but he quickly realized she might not be the one for him what with the fact that she then tried to kill him and his entire family and whatnot. That was, apparently, a dealbreaker for the elder Forrester.

He’s a man who has lately changed his way, but we know that this cannot last for long. He’s not the type to sit back and allow anyone to change his game, his mind, or his ways. He’s a man who, instead, feels as if he can make some big changes by taking people down. He’s always out for himself, himself alone, and never anyone else. He will do anything to get his way, and he will not hesitate to be honest about things. He doesn’t lie to cover things up. He simply says it was him, that he did it for this, and he owns his actions. We love that about him. It’s a bit part of why he is one of our favorites.

She’s a little impulsive, if you consider little a lot. She’s a woman who sometimes has the most elaborate plans to take down anyone she feels is in her way, but she also has the most spontaneous situations occur when she doesn’t think before she acts. Sometimes she sees an opportunity, she takes it, and it ends up getting her in some serious trouble. She’s a hot mess to be honest, and we love that about her. She is someone who will take whatever comes her way, and she will mold it to work for her. She’s crazy, and she’s not afraid to kill anyone, either. She will do what it takes, and she’s fine with that. It makes her dangerous.

He’s a relatively new villain, but he’s dark. We think, to be quite honest, that he’s gone a little crazy. He had a baby with his dad’s wife, he fell in love, his ex tried to lie to get him back, she then actually did die after he found out she was lying about dying. He would lie, hurt, steal, manipulate, and do anything he could to get his way, and we don’t see him changing.

She’s not your traditional villain, but that’s what makes her so dangerous. She takes no ownership of her actions — ever — and that is dangerous. Everything she does is innocent because someone else’s actions made her do it. And, trust us, she will do anything it takes to get her way. That makes her one of the most dangerous villains around, to be quite honest.