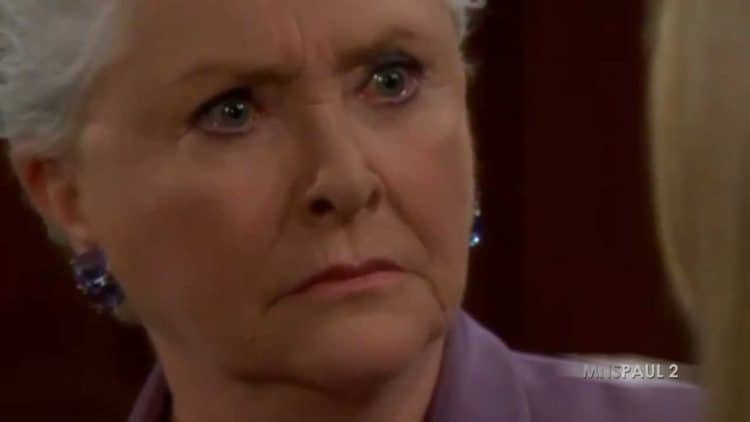 Bold and the Beautiful fans are super excited about the theme week this week. Last week was such a good one that we didn’t know how they’d top that with anything else that would even do it justice, but now we see. We see that it’s going to be so good because it’s the week of Classic Clashes. This means we’re going to see what we assume are some of the most iconic fights and clashes in the history of the show. Unlike Rivals Week where we saw people who want to outdo one another work so hard to take each other down, this week is all about the moments in which they did take one another down. Think catfights and moments that are just plain ugly and embarrassing when you have time to realize what you’ve done. But, since it wasn’t you or me, it’s just classic entertainment, and we are all here for it.

Today is the first day of Classic Clashes week, and this is one that’s taking us all the way back to 1992. February 19, 1992 if you want to be precise. This is the day where Stephanie and Sally were not happy with one another about something that probably wasn’t a big deal — that was their game, after all — and they decided that they would make it worse. Things are heating up, and Sally is furious. She’s mad at Stephanie after reading an interview that Forrester did in which she answered some questions about the Spectra line. She called it low quality, subpar, and a few other things that were less than flattering. Sally, after reading the article, was beyond upset. She took herself right over to the Forrester mansion and she confronted Stephanie about what she said.

What was so good about this one is that she didn’t just go over there and yell at her or threaten her, and she certainly did not do what so many other women do. They like to make sure that people are paid back for their misdeeds by stealing their husbands or ruining their marriages or taking their kids or their unborn babies or faking a paternity test that isn’t what mom wanted. No, Sally did not resort to any of this. In fact, she marched over to Stephanie’s and they got into an actual physical catfight that ended with Sally in the pool. It wasn’t horrible. It was nothing short of completely comical. We all laughed when we saw this happen, and it was the perfect moment.

But, that’s not all. During the time his wife was out being pushed into the pool with a comical fight and all, Sally’s husband Clarke was out doing a few things of his own. Except, what he was doing was not funny or even exciting in the least. He was doing some dastardly deeds that brought him some trouble, and it made us all cringe. He was out flirting with another woman, but not even any woman. He was out flirting with none other than Felicia, daughter of Stephanie. If that is not the worst of the worst, we don’t know what is. He offered her a little something in terms of a business deal that he did not think that she could refuse, mid-flirt.

That’s not all, either. This is one episode that also brings some interesting feelings in the way of Macy and Jake. We know that Macy ended up in a very bad place more than once in her life, and that didn’t do her well. She was someone who had a hard time, and she didn’t find things easy at all. She had a rough go of it, and we are happy to see her one more time exploring feelings for a man she cares for, but in a happier light. She’s not, currently, in the middle of anything that is untoward or ugly, nasty or upsetting. She’s finally just in a place that is good and happy, and she’s in a happy moment that we get to watch. It’s a breath of fresh air since we know what will ultimately happen to her and how she will go out.