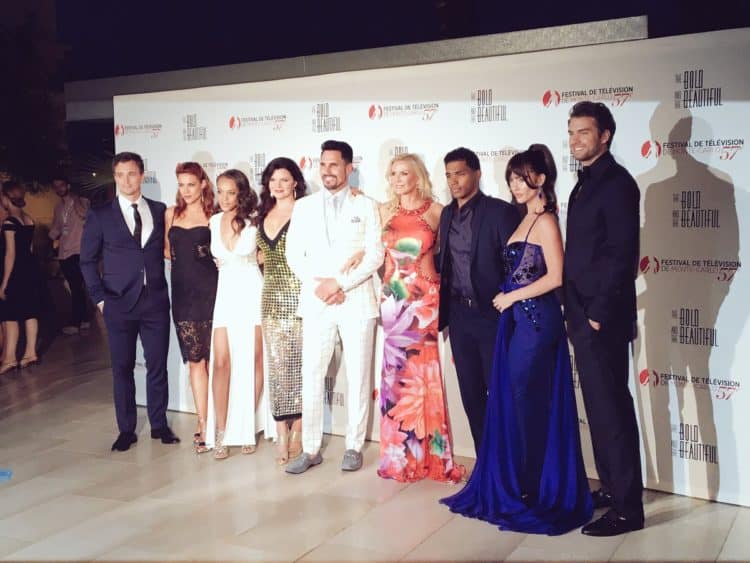 Bold and the Beautiful fans are just going to continue to watch this week in enjoyment as we get to see some more of the Monte Carlo trip that is going on. We know that this is bordering on four years ago right now, but we thought we might take a look at some of the things that happened on that trip and how they’ve changed in four years. You see, it’s a whole different life for all of them right now, so we want to go back and take a few of the situations we are seeing happen back then and then look at how they have evolved of the course of the following four years. Let’s go into this together.

Eric and Quinn Were Not Married

She might be a woman who has nothing else to give in her life back then except for huge issues and major drama, but we know that it has changed so much. When this show was airing, they were not married. Quinn and Eric had shared a kiss, and we know that Eric was thinking about it more than he was not thinking about it, but we didn’t see them getting married and her calming down and chilling out. Especially since she wasn’t even meant to be on this trip and it wasn’t meant to be something that they were even doing together. This is a situation that changed so much since then, and it’s so much fun to watch Evil Quinn. We’ve missed her.

Liam Was Pining for Steffy

Well, maybe not that much has changed since this show aired. He’s still pining for her, just not at this exact moment in time. He goes back and forth these days fighting over his feelings for Steffy and his feelings for Hope. Steffy is wild and carefree and happy and light and airy in this one, and she’s feeling like she is in a good place since she’s gained so many social media followers and so much fame. But, she’s better now. She’s had a baby, she’s grown up, and she has learned what is really important in her life, and we like her so much better now that she’s a new woman. But, Liam was wanting her — badly. He was stalking her around the city, watching her and trying to care for her, and trying to be there for her.

Steffy and Wyatt Were Married

This was all following the situation where Quinn took over Liam’s life, bonked him on the head, caused him amnesia, told Steffy using his phone that they were done and over and it wasn’t happening, and then hid him in her cabin where she managed to convince him that they were married and in love, then she actually feel in love with him, and then she actually caused more issues than she didn’t. That caused Steffy and her broken heart to marry Wyatt, but Liam was still in love with her. He came back from all of this with his memories, totally and completely shocked that she was married to his brother and that things changed so fast. But, Steffy and Wyatt are happy. He’s managing her business and her brand, and they are making a huge name for her in the world as a team, and they are sensational.

Quinn Was After Eric and Steffy

She was mad. She came her to follow both Eric and Steffy. She was wanting Eric and not really sure how to focus on all of that and how to deal with her feelings, but she was also feeling that her daughter-in-law was also someone she was after. Liam worried for her safety and found her on the beach one night to tell her he feels she needs more security. She came back with the fact that Quinn was in LA and not anywhere near them at the moment, so what did she have to worry about? Well, we know that Quinn is a mind-changer left and right and that this is something that she was all about during this trip. She’s now good with all of them, and she has no issue with Steffy. But, she’s still hating on her son’s girlfriends.