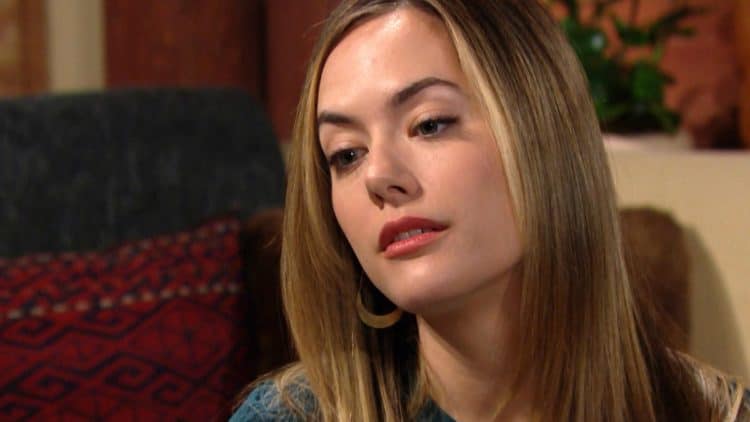 Bold and the Beautiful fans aren’t surprised that Ridge felt the need to sit down with Shauna and explain to her how he feels. He might not be quite where she is, but it’s obvious to everything he does have some feelings for her. He’s a married man, however, and he’s not sure how to go through with anything other than trying to make things right with his wife. He’s got so much to live for, and he loves Brooke despite all that they are dealing with and going through in this moment. They have their issues – they’ve always had their issues. But we don’t know that they can work through them and move on with their lives at this point. They are a mess, and they’ve always been a mess. They aren’t going to see this get better if he allows himself to continue to spend more time with Shauna.

On the other hand, Hope knows she’s in dangerous territory. She knows that Thomas is not in his right frame of mind, and yet she thinks that she is tricking him. She thinks that she can make him feel that she is really in love with him and does actually hope to have a future with him, and that all of this will allow her to get half the custody of his son so that she can work even harder toward getting more custody of him after the time is right. We don’t think that this is going to end well for her. Nothing does, and we know that he is not fooled by her, but merely using her own plan against her. We think she’s about to do something entirely too stupid to put into words, and it will wreck her life as we know it.

They are so sweet together. We have to admit that.

There is nothing good coming from today if the rumors are to be believed. Someone is set to die on this day, and there is nothing anyone can do about it. It seems that there will be some sort of tragic situation occur, and no one will be able to focus on anything but how to fix it and what to do with that when it happens. For now, though, there is a lot we don’t know. We do know that Hope and Thomas will take a step in the worst possible direction, but we aren’t sure what that means entirely. It might mean one of them will not make it, but what do we know?

Then there is Brooke. She’s not happy when she comes to her husband to discuss what is going on with their marriage and their kids, and they will not back down – either of them. They both believe the other is wrong, and they will not be told otherwise. On the flip side of things, they will have yet another fight about Hope trying to take Douglas from Thomas, and no one will find any peace in this argument. It’s not going to end well for someone, and we don’t know who it will be.