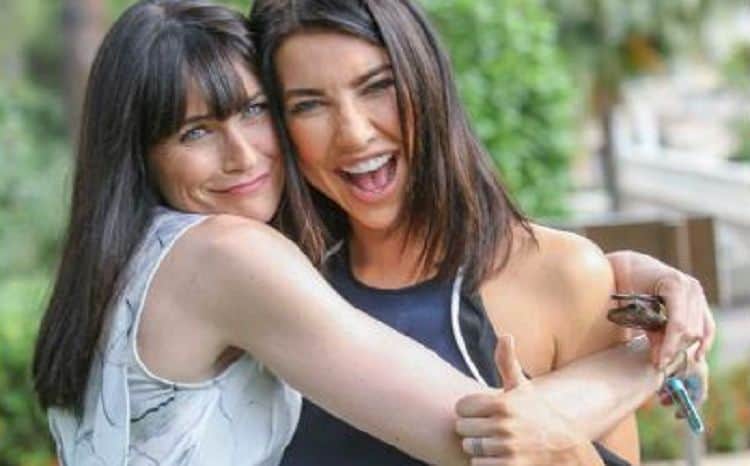 It’s also clear to see that their stars love what they do. It was much of the same cast we see today working together, so we got to see a little of them behind the scenes. That was fun, and we hope that we get to see more of these shows. This was a special week seeing that, but we do hope that there are more weeks when we get to see a few behind-the-scenes episodes like this one. It helps us feel as if we know the actors more, and it helps us love them even more to see that they just aren’t always like their characters in reality. It was fun to see, but now it’s over, so we have to move one.

Did you see today's special episode? Check out part one of "Becoming Bold and Beautiful" here: https://t.co/idgf03c50z #BoldandBeautiful pic.twitter.com/Vd0G3SIJ38

We saw it. And we loved it.

Escape to Monte Carlo next week with #BoldandBeautiful! Experience all of the glamour and exclusive behind-the-scenes moments in a special week of thrills and romance. âœ¨ Don’t miss it! pic.twitter.com/hO65Hqla2y

Today is the day that we have to bring you bad news. We hate to do this, and we aren’t fans of it, but it’s the day that we have to tell you that CBS is officially out of new episodes of this new show, and it’s time for you to hope that this social distancing situation ends sooner rather than later so that these people can get back to work so they can bring us new drama and new things to see on television. It’s going to be a long summer if they cannot go back to work, and we don’t know what to do about that. For now, though, we do have to sit here and say that this week is going to be theme week beginning today. It’s all Monaco this week, so we get to go back time and see some of our favorite old episodes when things were dramatic on the other side of the world.

That does bring us some happiness and a lot of fun, and we cannot wait to see more. There will be some big drama there considering this was the time that Sally was still with Spectra and working with her own family, and they had to show off their fashion week prowess and things didn’t go well for her. These were the days when she was not always so nice, when she was not always there for Wyatt, and when there was no Flo making things worse for her. These were fun days, and we will see three of them this week.