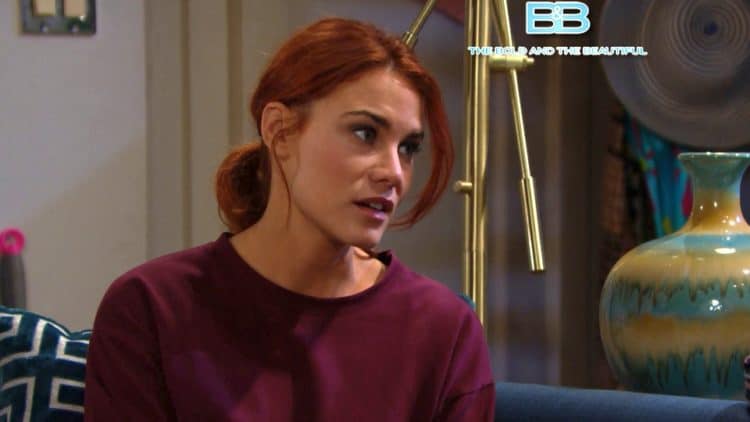 Bold and the Beautiful fans know that there are a few things that are true of what is coming around this spring, and that is some of our predictions. We did this right before Christmas, so we know a thing or two about making predictions that are good to go, and we are bringing you more. So much of what we predicted would happen in the winter did happen, and now we have to go through with another season. There were some things we were right on it about, and there were a few things we were a bit off on, but we are going to bring you what we think might happen in the spring before it’s here. We have about a week and a half or so to go, and this is the final stretch before the long winter is over and it’s time to focus on the goodness that spring brings. Here is what we think might happen.

Wyatt and Quinn Fall Out

His mother is too involved in his life in a personal sense. She’s always trying to get him to be with the woman she wants him to be with. She’s always trying to get him to do the things that she is looking to do. She’s got things on her plate that might not work out well for others, but she’s not going to sit there and make it seem like all is well, either. She is going to lose her mind when she realizes that her son left Flo to be with Sally. She was so happy when he left Sally to be with Flo, and she’s not going to handle this well. We predict that there will be a situation in which things are not going to end well for anyone, and it’s going to be a real thing. It’s ugly, but she’s not going to let this go, and they cannot tell her the truth and risk their plan being made public and Sally finding out about it.

We don’t believe it will take her long to realize that what is going on in her life is not going to end well. We think that she is already well on her way to realizing that Katie might not be the world’s most trustworthy person when it comes to keeping secrets. We are starting to think that there is no one left in LA who doesn’t know that she might be dying — and by might be, we mean she is — and we think that she is going to be embarrassed, horrified, and downright furious when she finds out the truth. The fact that she is with a man whose girlfriend told him that they were breaking up so that he could make Sally happy in her last days and then he can come right back to her? She is never a charity case, and she’s not about to be one, either.

We think this is the season in which they will admit that they are ready to be together, and that they will have a chance to be with one another. They are good to go with that one since Hope is in the middle of her situation with Thomas, but they are not in the market to rush anything at all. They have so much more to do than just make this work right now. They will take this slow, but the spark between them is a big one, and they cannot continue to deny it forever. There is a chance that Hope will do what she can to make this stop, but we think that Liam is about done with her and her games, and he is seriously attracted to Steffy and her lack of games now that she’s grown up in her role as a mother. That’s something she did right away after her baby was born, but it’s not something that Hope has managed to do in her own life. She is still playing her games and acting as if things are going to be the way that they are between her and everyone around here, and he’s not down with it.