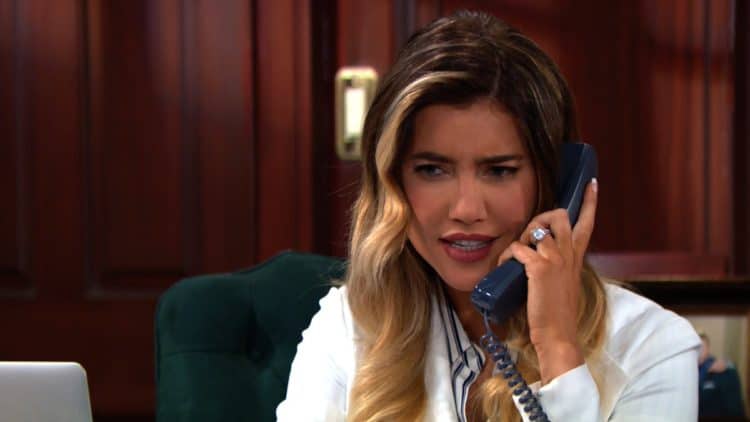 Bold and the Beautiful fans sometimes have more questions than we do answers. You see, there is always a time when things happen, but they don’t make much sense. They are things that we didn’t miss. They are things that we got the whole story on. They are things that should make sense when we are given answers, but they continue to feel as if they are all kinds of crazy and not making sense at all. We don’t always know why these things don’t make sense and what is up with them, but we know it’s not us. It’s the show. Something was missed. Something wasn’t explained, or something had to work out for the story that didn’t quite work out and they just hoped no one would question it. But, we have some questions. We have some things in our minds that don’t make much sense, and we are hoping to get to know those things and recognize those things as quickly as possible.

We do feel that we reference this one a lot, and that’s all right. We aren’t that upset that we do this because it is something that never fails to haunt us and make us feel as if we don’t quite understand things. Remember when Hope was dating Oliver and her mother ended up sleeping with him at a masquerade party when they were still in high school? Well, you see, Hope was making it clear to anyone and everyone that she was not going to have sex with just anyone, and that she was waiting for marriage and all that. But, then, when she was in a mask, her boyfriend thought her mother was Hope. He was a frisky teen who was desperate for this, so we can maybe far-fetched somewhere over the rainbow in the very depths of all the things that don’t make sense see how his desperation might make him unaware, but Brooke? She slept with him thinking that he was Ridge; a man she’d been married to a million times and who she had shared her bed with more than a few times. She didn’t recognize this teen boy was not an adult man? She didn’t recognize that he felt different or smelled different or that his body was decades younger? Come on. We don’t buy that for a second.

Do you remember when she rolled into LA looking for her daughter? She had a baby that was born and given up for adoption many years before, and she wanted to know where the little girl was. Dayzee (we cannot even with that spelling, for the record) didn’t like that Maya was an ex-con and that she was looking for the little girl. She didn’t want to give her any information, but Maya would not let this go. She finally learned that her biological daughter was killed in a tragic car accident along with the couple who adopted her, and that was horrible. But, the real problem is that a few years after that, the show told everyone that Maya was actually born a man, she was given a chance to become a woman, she took the chance, and now she’s a woman. So, how does she have a biological daughter? She literally came to town looking for the baby she birthed and that was her entire story.

We are so confused by all of her deaths, and we cannot even find a way to describe them. The time she spent with the prince in Morocco makes sense, but not the fact that she was literally dead so many times that she came back from the dead in dreams and visions to visit her family. The time we saw her die in the arms of her husband, Ridge, and then we saw her at her own funeral in her coffin as they closed the lid and then lowered her into the ground, but that didn’t happen? She was alive and well in Morocco, again, and it was a plastic mannequin in the coffin? We are so confused by this, and we have so many questions about this as a whole, to be quite honest.